In addition to the three trophies pictured there will be the usual number of awards by year; MVP for each sport; academic All Stars; and a host of others.

The Capt. Matthew Dawe Memorial Cup which was first presented in 2008, salutes the outstanding male or female ROTP varsity athlete who excels in all aspects of college life. Matt Dawe, Cadet Wing Commander during his fourth year at RMC and past recipient of the H.R.H. Prince of Wales Trophy, was killed in action in Afghanistan in July 2007.

We spoke with Darren Cates (photo left), Director of Athletics to to get his take on the evening. “The varsity awards ceremony is a highlight of every academic year. It provides the college an opportunity to recognize and celebrate the achievements and dedication of the coaches, support staff and most of all the student-athletes in our varsity program.”

Describing the uniquess of the cadet-athletes he added. “It is challenging to be a varsity athlete at any university and I know how much more challenging it is for the Officer Cadets at the college. Their commitment to RMC and their team is inspiring and taking a few hours to pause and acknowledge their effort is important. It is a fantastic event and I am looking forward to this year’s ceremony very much.”

We expect to have a full recap of the event and the list of the winners next week. 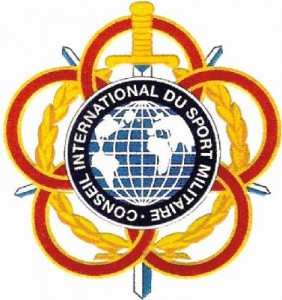 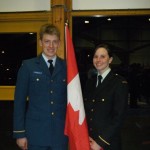 If you look for them, and work towards them, many opportunities for travel exist for RMC cadets that are not in the academic or military program, but in the athletic one. This past week, OCdt (III) John Marshal and I had the opportunity to be part of the team that represented the Canadian Forces at the 54th World Military Cross Country Championship in Ostend Belgium. On the team of 17 members, three RMC running ex-cadets 23200 Jeff Manley (’05), 24055 Matthew Setlack (’08) and 22019 Remy Larocque (RMC 01) joined us.

After a 24hours of travelling, caused in part due to delays out of Frankfurt, we arrived at Camp Koksidje, an air force base used in the 50’s and 80’s to train drafted air force personnel, at 2300 on Sunday March 7th to find there was no heat. While some members of the team braved the cold weather and went for a post travel recovery run, many simply tried to beat the jet lag by getting some sleep.

The next three days leading up to the race flew by as they were packed with pre-race workouts and a trip to the race location to familiarize ourselves with the course. In addition, we were presented with opportunities to visit Belgium and discover some of the country’s history and attractions. The glacial wind we discovered at the race site followed us through our afternoon visits to Brugge (the Venice of Belgium), discovering the ocean in Ostend and walking through the town of Ypres and Canadian WWI monuments and the Tyncott Cemetery. While our Belgium host assured us that the weather was unusually cold and windy for the time of year, having spent our cross-country season braving the Fort Henry hill course which feature Lake Ontario winds, John and I found ourselves joking about how familiar the weather felt. Cross country just isn’t cross country without wind and or rain!

Both John and I were slotted to participate in the short course competition, a race of just under 5 kilometers, described as one short loop and two long loops. The Belgium organizers had chosen an interesting start, making the opening chute barely 30 meters long which funneled all the competitors into a 90 degree corner, which was closely followed, about 20 metres further, by a steep, sandy downhill at the bottom of which all speed had to be dropped in order to successfully navigate another 90 degree turn. The rest of the course consisted of dirt trails, and a few hills, over which you were greeted by a Fort Henry in November like head wind (we, of course, ran into the wind the entire time).

The Men’s short course was lead for Canadians by RMC Running team alumni Matt Setlack (class of ’08) in 14:28, while current RMC running team’s John Marshall (24979), at his first championship, finished in a solid 15:34. On the Women’s short course, RMC Running team’s Celine Best (24927) lead the Canadian Women’s Team in a time of 18:32, following a season pattern on the 5 km distance of finishing almost exactly 3 minutes behind John. The race complete we headed back to our dorms to enjoy the best meal yet: Belgian fries and special stew!

The next major event was the closing ceremony, which was presided over by the Prince of Belgium, and during which we became very familiar with the Kenyan national anthem. This was followed by a reception, during which we had the opportunity to socialise with the other nations in attendance and compare uniforms. Thanks to all the work done by the athletic department and the team manager, our trip back was seamless, and timed perfectly to provide us with two days to catch up on missed school work. It is with great anticipation that we await the announcement of the location of the next championship, although it is rumoured that it may be combined with the second edition of the Winter World Games in March 2011. 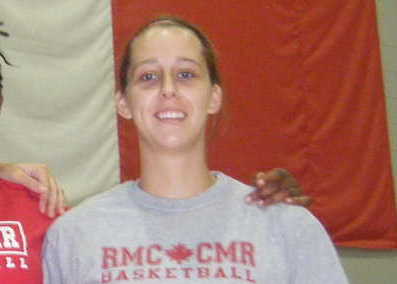 I Year guard Carley Lewis (Halifax) of the RMC Paladins, earned selection to the 2010 East (w) basketball all-rookie team.  The announcement was made by the OUA earlier in the month and we have been remiss for not posting it in a more timely manner.