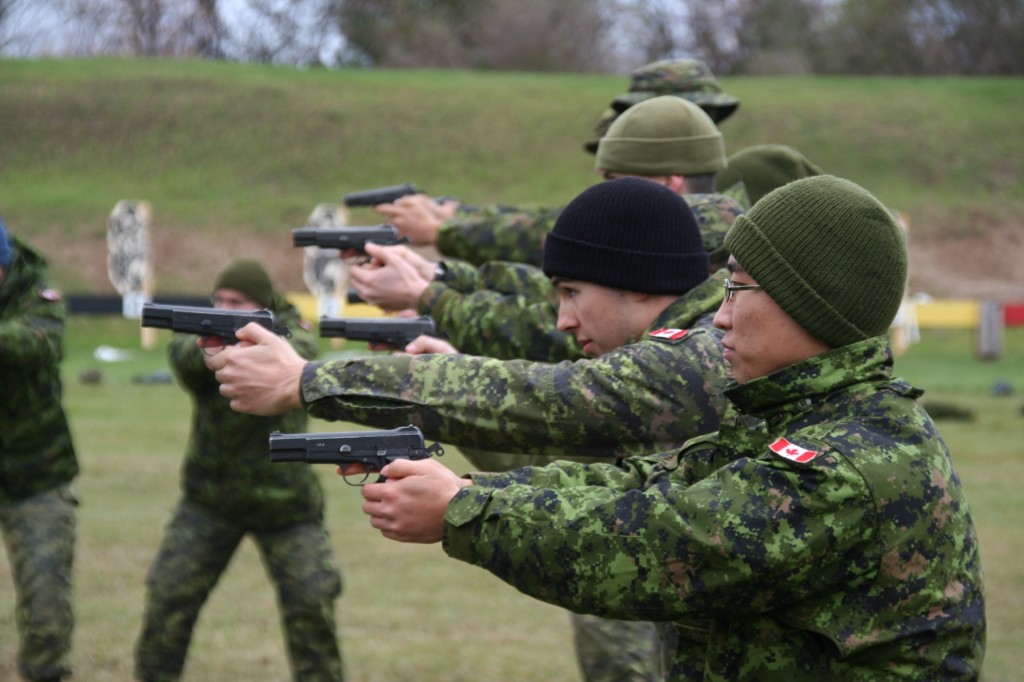 Cadets practice drills with a 9mm. 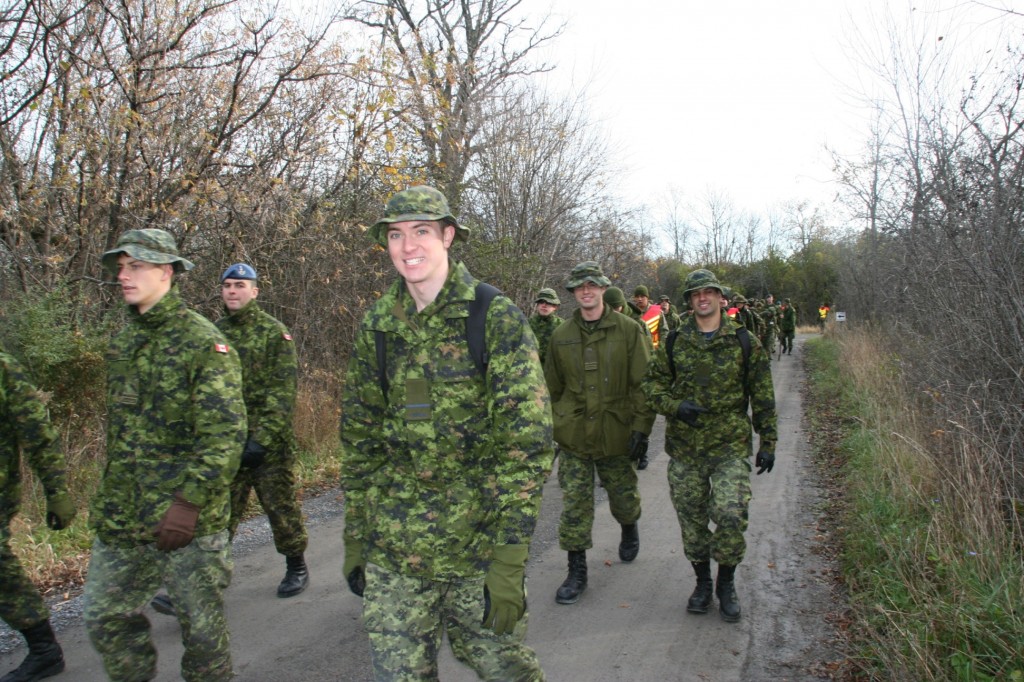 Due to poor conditions on the obstacle course, a ruckless ruck march was implemented!

Saturday at the Range for III Years

The class of 2013 woke at sunrise on Saturday the 29th of October. Their military duty for the day was something rather different than the lectures, parades, and inspections that they were accustomed to receiving. Planned for them was a trio of new activities up at CFB Kingston: a run of the base obstacle course, a hands-on demonstration of some the Canadian Forces’ firearms, and a chance to unload a magazine of live 9 mm ammunition on the range.

After a brisk march up to the base from the college, it was found that the obstacle course was a no-go due to some frosty conditions. So, instead of clambering over walls and leopard-crawling through ditches, the third-year class took a 10-km march around the training areas of CFB Kingston and enjoyed the scenery rather slowly by comparison.

Box lunches were served, and then came the interesting parts. Groups of 12 were run through loading, firing, and stoppage drills for the Browning 9 mm pistols they use on the range targets. While they did this and moved to the range itself, the remaining cadets cycled through stations showcasing the CF’s other weapons and and their functions. The C6 general purpose machine-gun, the C9 light machine-gun, and the M2 Carl-G rocket launchers were all introduced; most cadets had likely never seen or touched one of these weapons in their lives.

After dealing with a few delays, the cadets started marching back to RMCC at sunset, eagerly awaiting dinner and a relaxing evening after their long and eventful day. 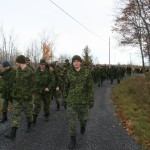 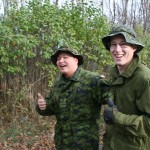 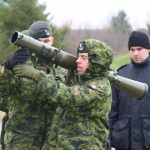 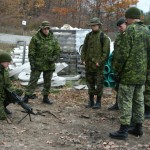 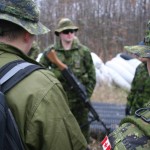 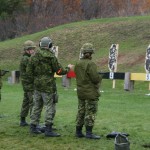 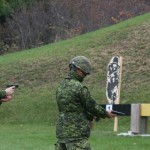 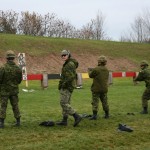 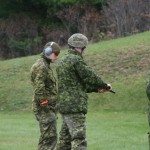 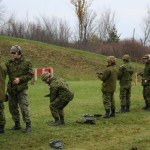 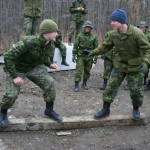 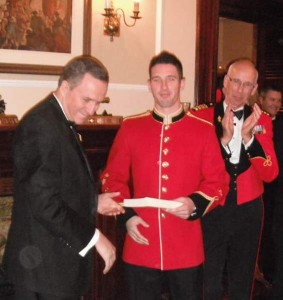 3rd Year Officer-cadet Marc Grenier is presented with the book “The Guns of Normandy” by the Gunners Association in recognition of being the top candidate on the DP1.1 Artillery course in Valcartier, Québec this past summer.