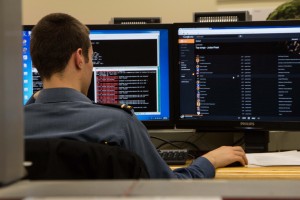 Each team is tasked with the design, building and delivery of a complex network and the conduct of defensive network operations in the face of attacks by the NSA. RMCC fielded both a graduate and undergraduate team. The team of undergraduates was participating for the first time, and competing for the Director NSA’s trophy.

The participants on the undergraduate team were the students in the French and English sections of the Computer Engineering EEE/GEF473 class. The undergraduate Team Leader was OCdt Jason Leverton. 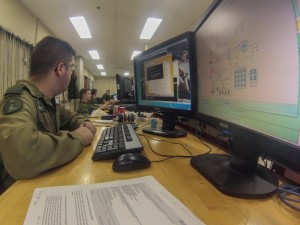 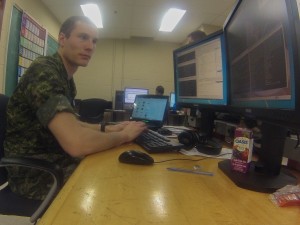 The participants on the Graduate Team were students in the Computer Engineering graduate program. The graduate Team Leader was LCdr Tim O’Bien.

Both RMC teams had an excellent showing. The exercise has a main activity which is the building and defence of a significant exercise network. The network is under attack day and night for three days. There are also “Challenge Modules” for Network, Host, and Malware Forensics.

The undergrads were quite competitive in their first year in the EX. In the main network defence activity they were within 0.5% of Westpoint, the third place team (who often win).

In the Network Forensics Challenge they placed first. Annapolis won the overall competition.

Short fun video of the EXERCISE

Other news from around the peninsula…

A memorial service was held for Professor Keith Neilson, who passed away recently, on Sunday 19 April at Currie Hall.

The Principal, Dr Harry Kowal has mixed a little pleasure with business this week. Prior to attending the Association of Universities and Colleges of Canada membership and meeting, (20 – 24 Apr) in Halifax, NS, he and wife Cheryl motored down to Sydney on Cape Breton, Island to spend some family time with his parents.

Of course, year-end exams are well underway and are due to wrap-up 24 April.

Good news:  Spring has arrived! Time to head to the tennis courts! 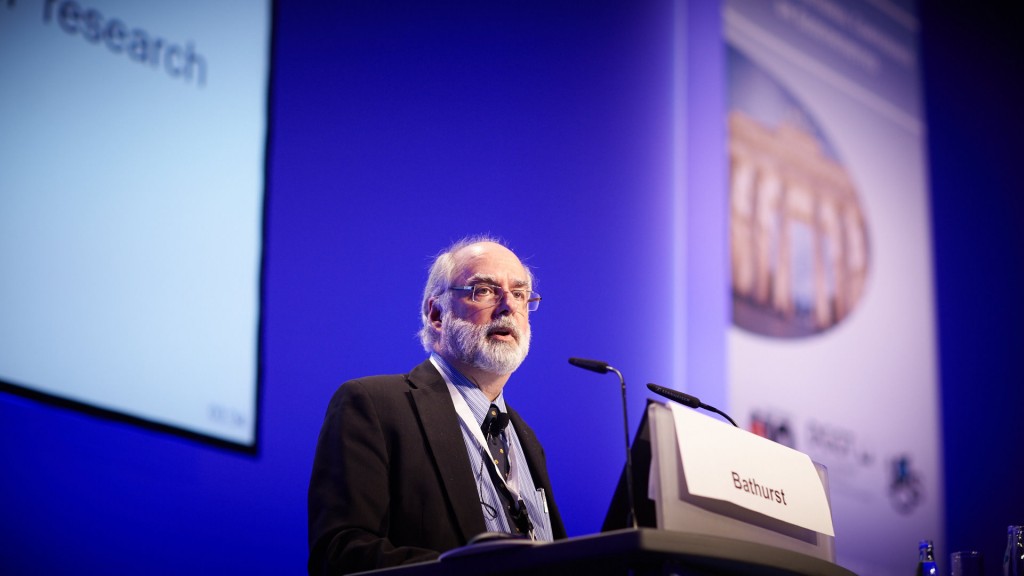 The first author of this paper (Eder Santos) spent one year at RMC with Dr. Bathurst as a visiting PhD student from the University of Brasilia, Brazil.

The journal Geotextiles and Geomembranes has the second highest impact factor of all 32 journals in the same category.

“Dr Bathurst is a highly-respected member of the Faculty who has made exceptional contributions to the College and his profession throughout his stellar career. On behalf of the faculty and staff of the Academic Wing, I congratulate him on these outstanding achievements.”