The Week That was…

The past seven days were interesting ones around RMCC.

As you have likely read elsewhere in this edition, both the Commandant and Principal were in Edmonton, 25-27 Nov, attending the annual Canadian Institute for Military and Veterans Health Research forum.

The Class of ’65 Teaching Excellence Award Public Lecture took place on Tuesday evening, 26 Nov in Currie Hall. The award winner and lecturer for the evening was Dr. Billy Allan who happens to be on sabbatical in Durham, UK. Dr Allan flew back for the lecture – arrived back in Toronto late Monday afternoon. He flew out less than 24 hours following his highly interesting and entertaining presentation.

Both the military and cadet wings were wrapping things up in preparation of the exams which are slated to start Monday 2 Dec. Highlights:

b) Division Holiday Dinners; and

The big news on the sports side of things: Varsity (M) & (W) fencers earned gold and silver medals at the “Challenge Commandant RMA 2013 International Fencing Tournament” at the Royal Military Academy of Belgium (ERM).

The varsity hockey team for the second week in a row picked up a point with a tough overtime loss at WLU on Saturday night.

This marks the end of the first half of the season for all varsity teams. OUA schedule resumes 5 January. The United Way of Canada as it is now known has been around since 1975. Prior to that, going back to The Great Depression of the 1930s there were different ways, communities across the country raised money for those in need.

For pretty well as long as we can remember every Base and / or Unit across Canada supports their local United Way. Royal Military College of Canada is no exception.

Over the years, RMCC has a well earned reputation for stepping-up and helping out. For the Cadets at the college this is likely for most of them, their first-hand exposure in supporting a local charity – in such a big way.

As they move forward in their careers, Cadets will see what great work The United Way accomplishes in making our society a better place. In all likelihood, many of them will be tasked by their chain-of-command to be a Campaign Coordinator and possibility a Director.

The 2013 RMCC United Way Campaign Coordinator is Captain Gina Decarie. The Chemistry and Chemical Engineering Lecturer has 71,294 reasons to be proud of  her own efforts and that of her committee.

This year the campaign kicked-off with a breakfast on 19 September at the Cadet Dining Hall and wrapped-up with a touchdown lunch at the Senior Staff Mess, last Thursday – 28 Nov.

Over the ten weeks, a number of creative events were held within the college to raise $$$$$ for a good cause.

At the touchdown lunch, Commandant – BGen Al Meinzinger and a number of his senior staff served a delicious three course meal. It was very popular and don’t be surprised if it is on the calendar again in 2014.

Following the lunch, the Commandant took time out to highlight and recognize all the canvassers and volunteers who made this campaign a success. He also thanked the faculty, staff and students for their generosity.

The presentation explored different aspects of sexual assault such as the “by-stander” effect, and discussed who can prevent incidents and how. The “Draw-the-Line” campaign was also introduced and discussed, along with the impact of alcohol, drugs, and social media and their role in sexual assault. Following the presentation, an open discussion was held about different situations and different courses of action that should be taken in these events.

PAG would like to thank Mrs. Graham and the Kingston Sexual Assault Centre, as well as Sharon Ash, from Health Promotion for presenting the material. The relevance of the issues discussed in a University context, and for future general knowledge will be very beneficial to the OCdts as both leaders in the Canadian Armed Forces and in life outside the Forces. 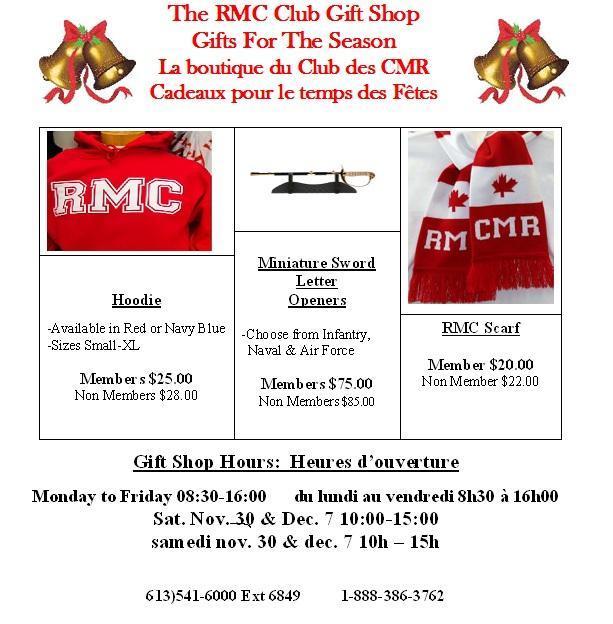