Photo above: The original Band of Brothers

Photo below: “We lucky few” Caption: After the 4th yrs of 2 Sqn. realized that they will all be leaving each other soon and getting posted to different places, they had a little Band of Brothers moment for their gash photo.

We would like to recognize the outstanding efforts of Officer Cadet 27079 (II) Joshua Siu – 7 Squadron – Cadet Wing Internal Information O PMT article who coordinated with class seniors during the entire term.

For the Professional Military Training (PMT) on 9 April this week at the Royal Military College of Canada, there were class senior speeches and elections as well as two presentations for the last PMT of their time at RMC for the fourth years:

During the last PMT of their time at RMCC, the Class of 2015 was briefed by NCdt Silins, the Yearbook editor. The Yearbook presentation was short and to the point. It highlighted some of the changes to the content for the graduates as well as provided information on possible delivery methods and dates. 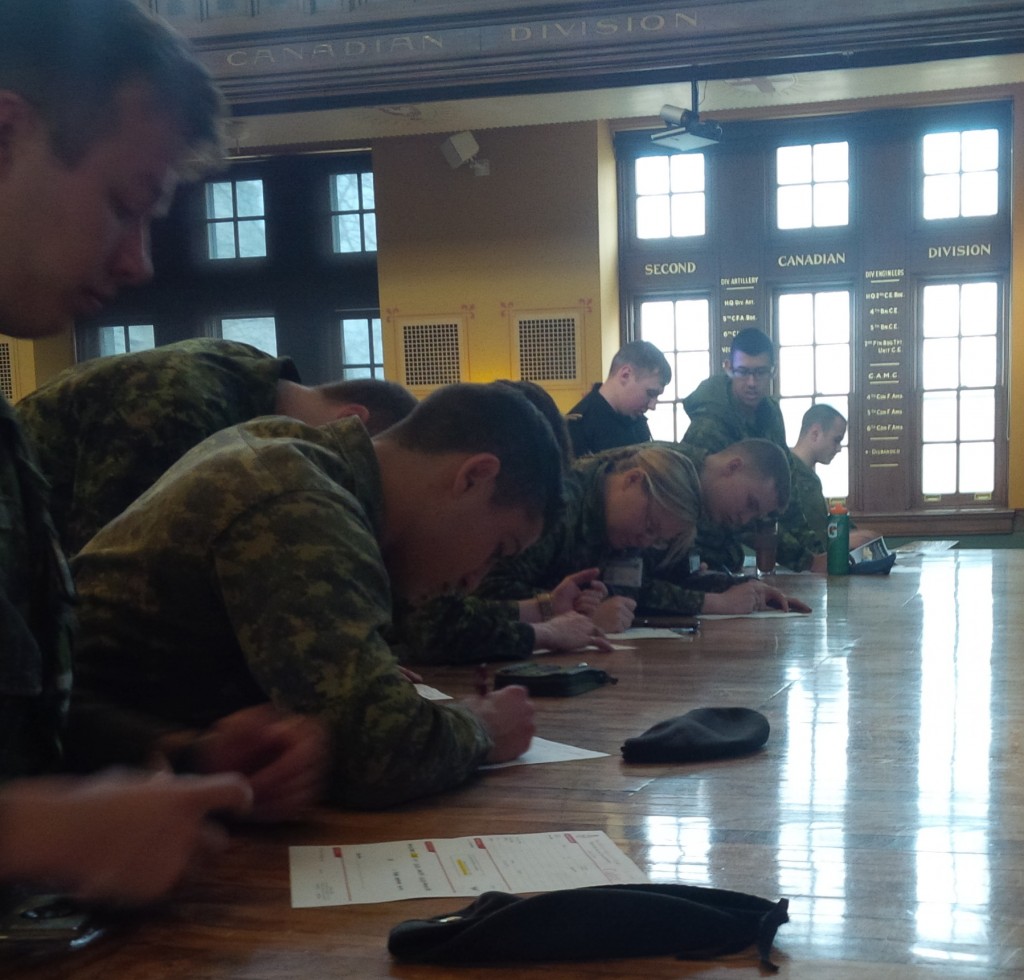 Following the yearbook presentation, the RMC Club of Canada made a final pitch to all of the graduating cadets to join the Club. The executive director, Bryan Bailey, emphasized the many advantages of being part of the larger alumni association. 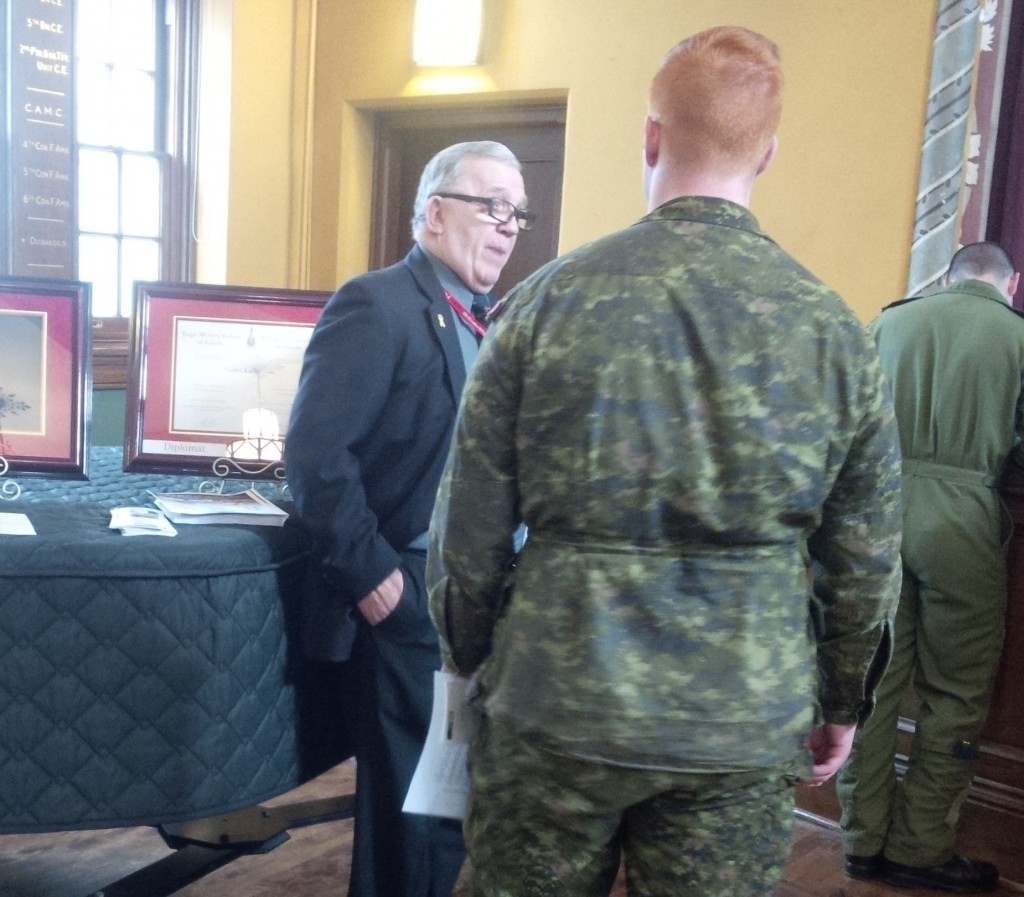 There was also a small side presentation on the many graduation gift ideas available to club members at a special price, such as frames and swords. All in all, it was a suiting way to finish off the last PMT of RMCC for the Class of 2015. 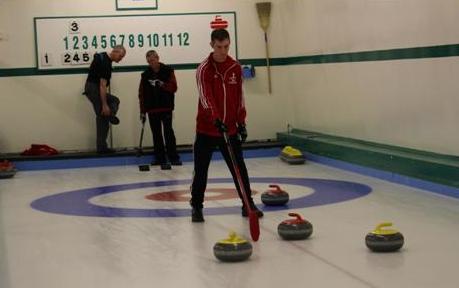 Due to the unavoidable absence of lead Pat Heffernan, the skip of the RMCC curling team 26372 Matt Walsh, Class of 2015, was pressed into service with almost no notice. Matt skillfully set up each end exceptionally well giving considerable advantage to the Dave Jackson rink which was playing the top seeded rink in the A Division Men’s final. The Jackson rink got off to a great start and built a 4-0 lead after the first three ends which held up giving the team a three point advantage coming home with last rock advantage. The Jackson rink is comprised of three ex-cadets (Left – 15592 Dr. (Maj- Retd) Pat Heffernan, Class of 86; Centre – 15157 LCol Craig Moore, Class of 85; Right – 13987 LCol (Retd) Bryan Bailey, Class of 83); over the course of the season they established a very strong relationship with the newly formed and very talented RMCC squad.

The Jackson rink is very appreciative of the impressive cadets who spared regularly with the team and was impressed by their play and sociability. 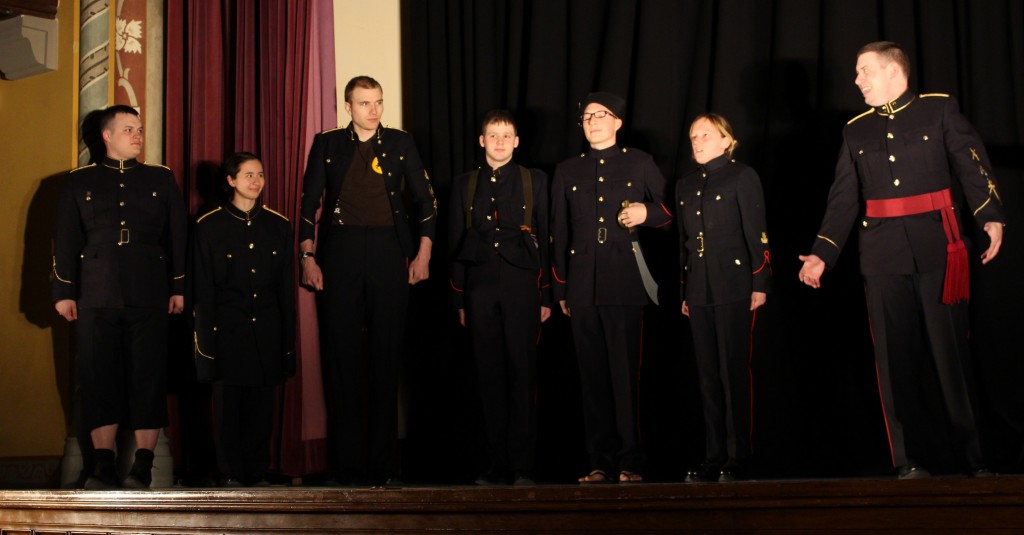 The Shakespearean spirit is alive and well at the Royal Military College of Canada! The RMC Drama Club’s production of A Midwinter’s Ball, an adaptation of A Midsummer Night’s Dream written and directed by Officer Cadet Richard Harding, premiered on April 10th, depicting the antics of the cadets at the Christmas Ball, with

The play also featured the musical talents of OCdt Amy Thomas to entertain the audience between scenes.

For much of the audience, the highlight of the play was in the final scene, when OCdt David Gee came onstage sporting a wig and a sparkly dress. Next year’s Drama Club president, NCdt Benjamin Burnell, hopes to have next year’s play ready to premier by next February, tentatively titled Shakespeare’s Greatest Hits.