I wonder if you might be interested in a small article and picture(attached) regarding college cadet  pilot training  at RCAF Stn Penhold Alta in 1960 for your “Golden Oldies” or whatever section you think it might fit.

The picture was one of those publicity shots taken periodically for hometown newspapers.  The whole group of military colleges and ROTP civilian university pilot trainees undertook summer training together on Chipmunk aircraft at RCAF Stn Centralia in 1959, and Harvard aircraft at RCAF Stn Penhold in 1960 and 1961  This photo was of the 10 members of the Royal Roads cadre in front of a Harvard  trainer.  They did one for the other groups in that same phase from the other military colleges and probably the ROTP University group.   About 15-20 years ago my daughters found my copy and thought it so good they both copied it, framed it and hung it their houses.  Later on I wondered if all the guys still had theirs and contacted Lenard Lee (think Lee Valley Tools) to see if his company could enhance it and make prints and digital copies.  Len is on the left of the top three,.  I am front row, second from the right ; foot on wheel chock.  Everyone got copies of both print and digital thanks to Len. 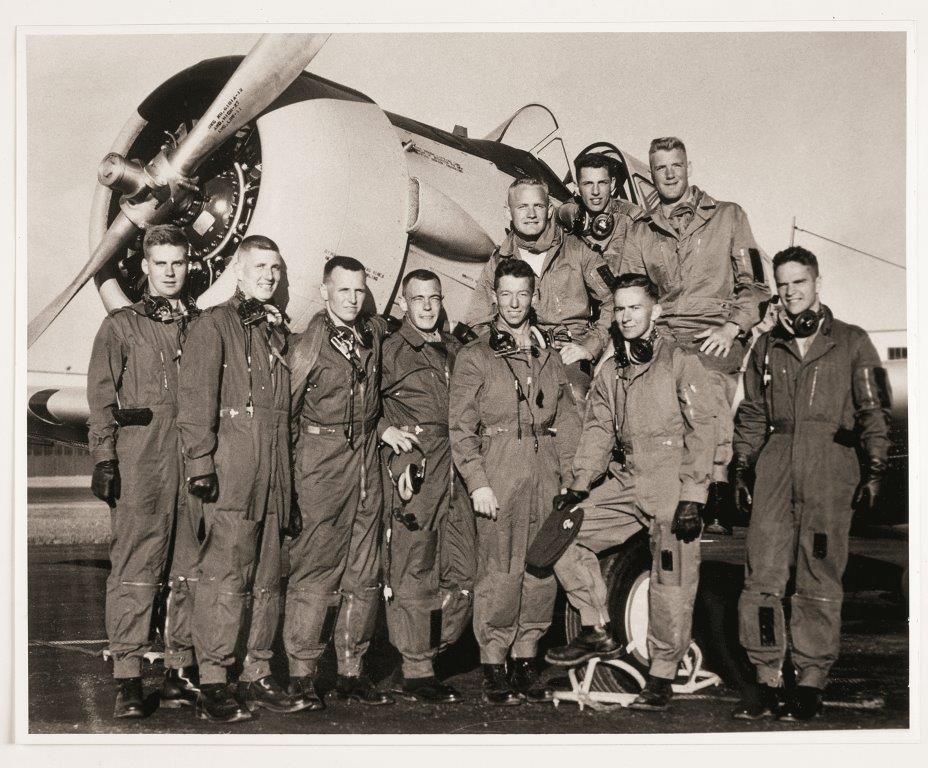 Going through some old albums I came across the attached photos that I thought would be enjoyed by some of my class mates or, more likely, their survivors. There are so many others that I am sure they would also enjoy. Too many for my capacity as a photo journalist with limited computer ability as well as limited computer skills. The photos I have attached attached are by no means classics but at least they have a historical value. 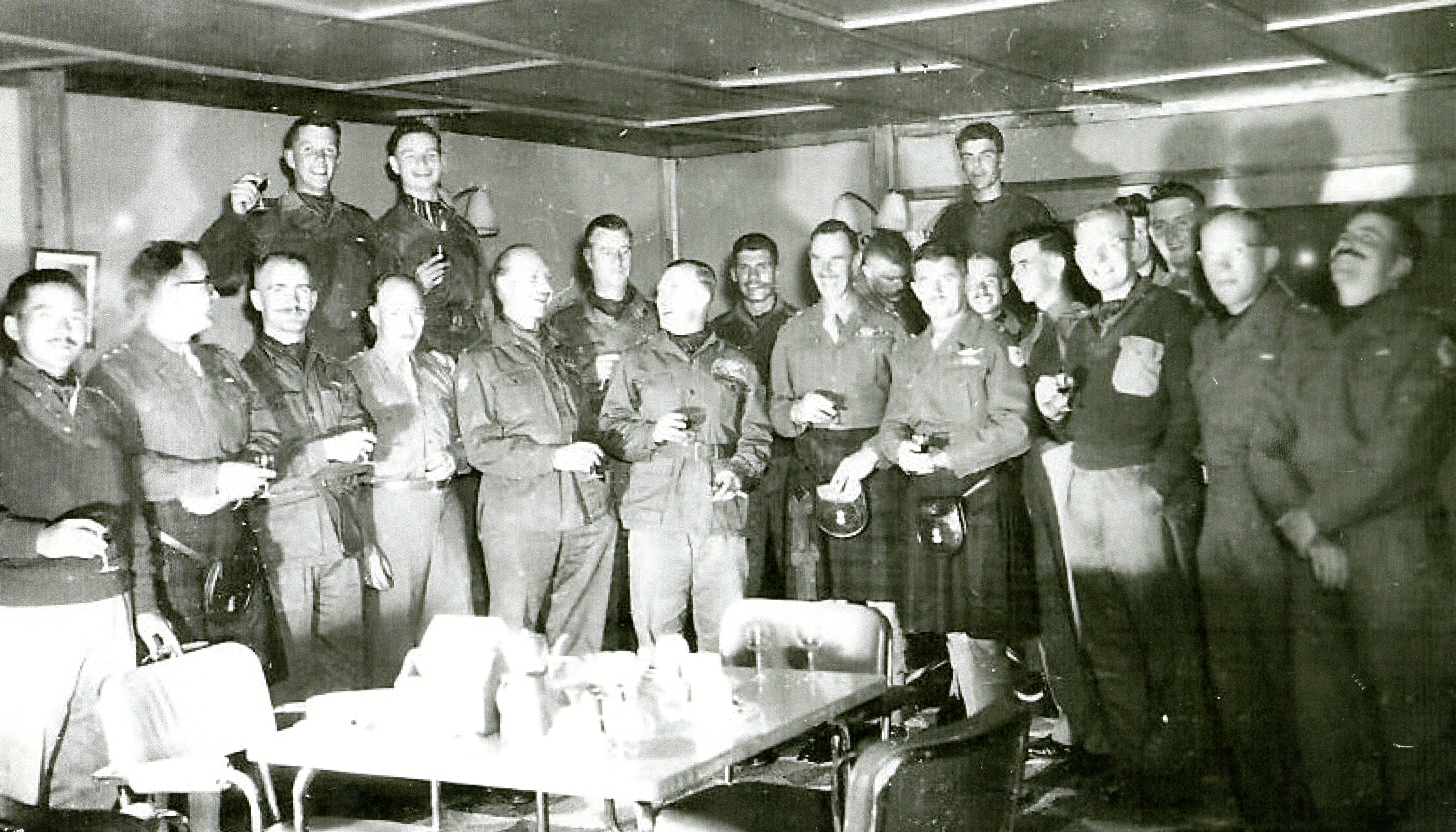 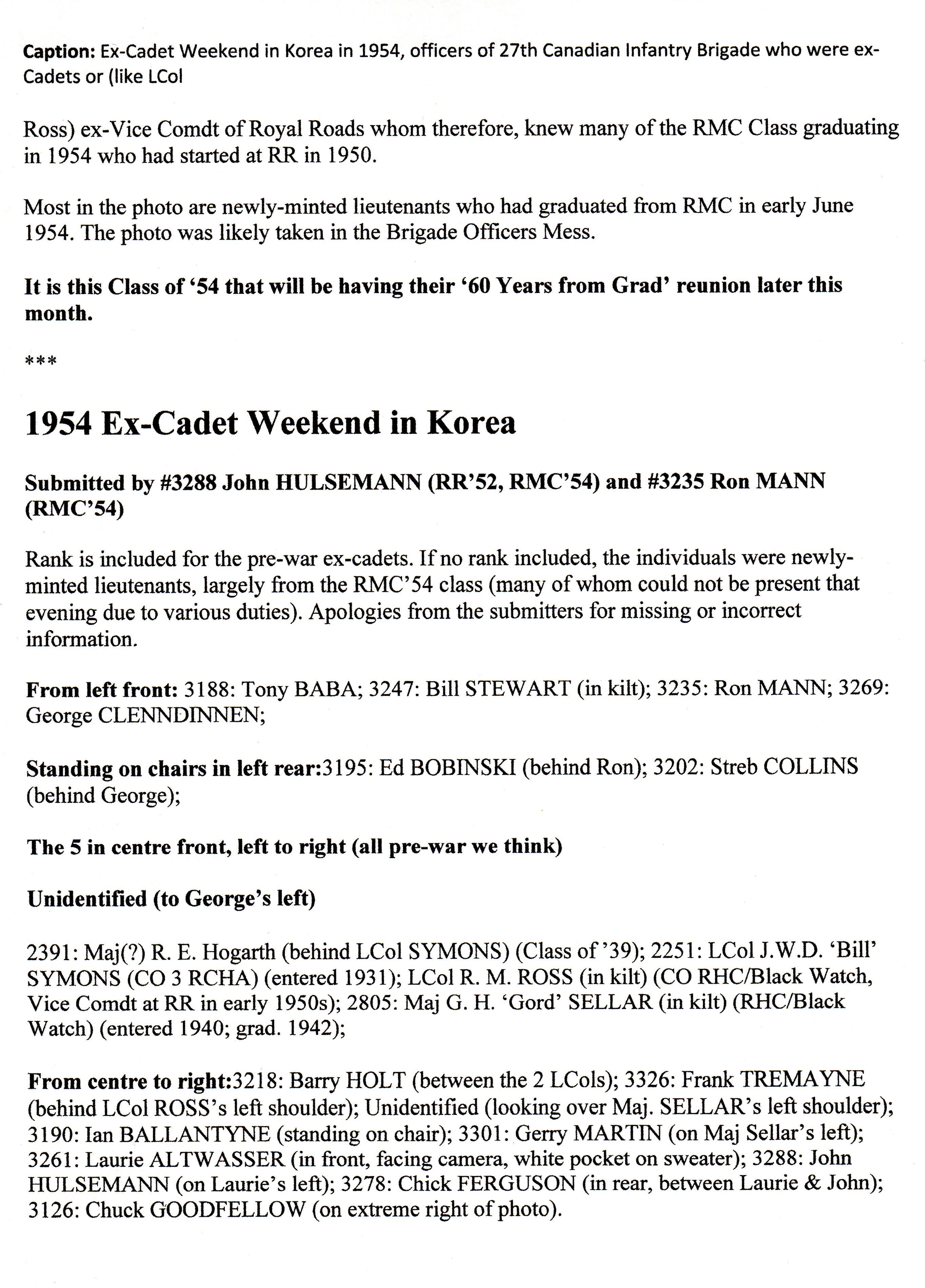