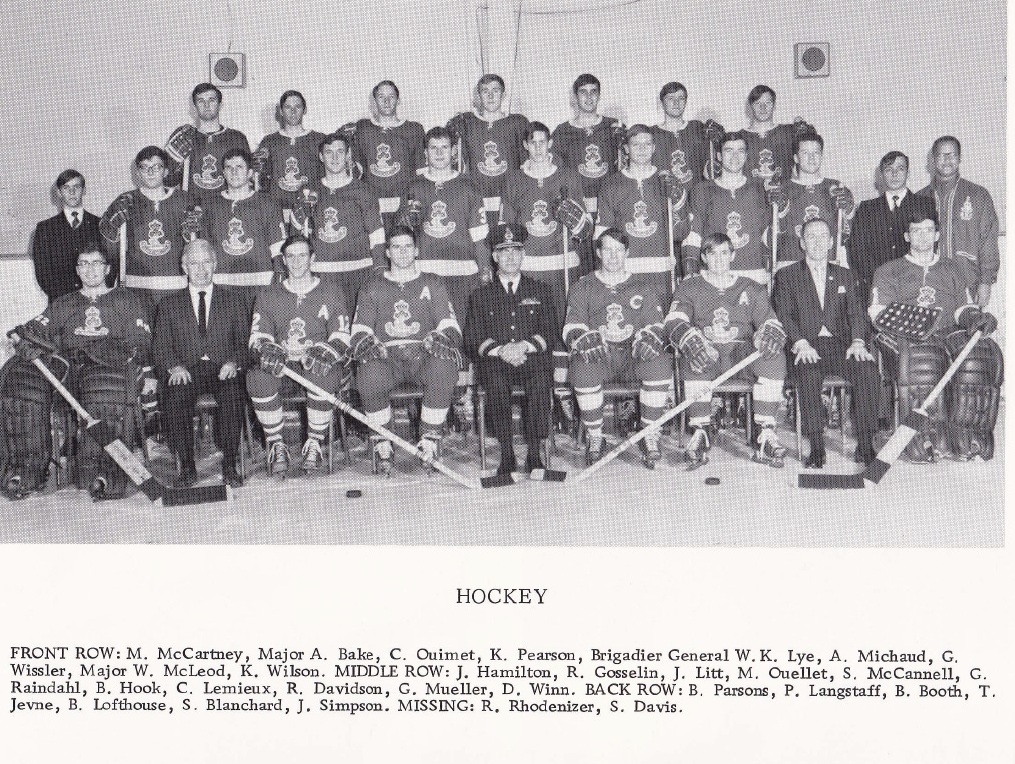 MY WEST POINT EXPERIENCE WITH THE RMC HOCKEY TEAM

An Austro-Hungarian army veteran, Jaroslav Hasek, wrote, in 1921, a satirical piece of fiction entitled “The Good Soldier Schweik” whose central character and I shared a number of traits in common.

For one thing, Schweik screwed things up just by being himself, as did I. A former dealer of stray dogs, hideous mongrel monstrosities 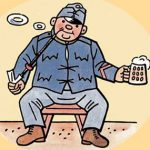 which he pawned off on the unsuspecting as being thoroughbred animals, he found himself drafted into the Austro- Hungarian army in World War 1. Similarly, I turned to RMC as a means of getting a good education, but like Schweik, I really shouldn’t have been there in the first place.

Schweik displayed such enthusiasm about faithfully serving the Austrian Emperor, and committed so many egregious errors, that no one could decide whether he was merely an imbecile or was craftily undermining the war effort.

In similar fashion, I did everything wrong back then; everything from getting my ‘buds’ in trouble through an overweening sense of duty, to saying the wrong thing at the wrong time and losing friends. For all of that, dear Class of 1974, you have my sincere apologies.

The concept of ‘military discipline’ meant nothing to Schweik or to me throughout my brief but illustrious career as RMC Officer Cadet. I was the antithesis of ‘an officer and a gentleman.’ Everything to which I put my hand turned to crap. I was a really stupid young man back then.

A fellow classmate told me of a slack job that would get me out of a lot of ‘shafts’ and hassles otherwise awarded to other first – year cadets: namely, assistant equipment manager of the RMC Hockey Team.

When I found out the job entailed attending the odd practice and taking care of minor things like on – the – road equipment and the occasional load of laundry I was enthralled.

I signed up, and immediately fell under the scrutiny of Major Danny Macleod, the head coach of the organization. So much for a slack job; the loads of laundry smelled terrible and weighed a ton, and it took all the strength I could muster to carry them from the arena to the laundry room near the guard house after every second practice.

At any rate, true to form, like the Good soldier Schweik, I fell to the task with my usual degree of enthusiasm. I attended, on average, two or three practices per week, devoting my spare time to other more worthy tasks such as cleaning out my room, spit – polishing boots, etc….and attending ‘drill squads’, the morning punishment drills assigned to defaulters and miscreants, of which I was probably the prime example. I think I set a record for the number of early morning parades I attended.

I also went on road trips with the team. The good food on the road meant a lot, and so did the opportunities to party down in unfamiliar places, like a popular bar, ‘The Father’s Moustache’ in Montreal.

My scene fell apart one weekend due to circumstances beyond my control. (I’m kidding; I was a stupid kid at 18!) Nothing evil, you see, I’m not that sort; it stemmed from the first year class having arranged a ‘class party’ at the Polish Hall on the evening of an RMC Hockey game.

My duty at a game of any sort was to be there and make noise of all sorts in support of the RMC team. This I did by banging furiously against the boards with a sawed – off hockey stick and yelling at the top of my voice. Grueling stuff, really; a young man’s game, believe you me! (Not)

The RMC team, as I have said, had a home game the evening of the First Year party; I therefore arrived at the party long after the main festivities had died down.

I went into the hall to see a hard knot of aficionados crowded around the movie screen, watching a few stag films (no women at RMC in 1971 remember?). I drank my mickey of vodka fast, got rip roaring drunk, went back to campus and stole the bell from the Stone Frigate’s gun room as a skylark. I was caught in mid – parade square by a senior cadet from the Frigate who asked me “What are you doing, Mr. McCartney?” whereupon he was given the only possible answer,” I am stealing your bell, Mr. _____.”

I was ordered to take it back inside, but succumbed to the vodka while attempting to hoist it back to the ceiling. The next day they found me with my arms wrapped around the bell, in the gun room, on the floor, snoring contently.

The ensuing uproar made for some gleeful moments , and my classmates gave me a hero’s welcome at Chemistry class the next Monday, however days later when an item of art was discovered to have been vandalized (by persons unknown to me…please confess!) I found myself on the bad end of two weeks of ‘B’ punishment.

I was told, that week, to get the team’s equipment ready for the annual RMC – West Point hockey Game, and here is where things really went awry.

On the day before the departure to West Point was to take place, I told the team to rack up their sticks in the carry – on carts, so I could take them with me the following day.

We were bussed to Trenton along with the commandant, the DCMT and the entire cadet administrative wing, and boarded a Yukon for the trip to West Point. We got there after a short flight and bus ride, and were assigned rooms within the college.

I was bunked in with a bunch of third – year cadets who were quick to point out the fact that in their eyes first – year cadets were not really welcome in their dorm room, however I atoned for the fact that I had been billeted with them by, post – shower, backing into a scalding radiator and burning a grid on my butt. They thought that was hilarious, and accepted me as one of their own…………….finally. They were good men, all of them, and I wonder, sometimes, how many of them didn’t come back from Vietnam, where they were destined to go after graduation.

The crowning moment came on game day, when the players all went for their sticks at the carry-on cart. It turned out that quite a few of the guys had ignored my request to stack their sticks on the carts and, consequently, only one of two carts had been taken on the trip, and so we were short half the team’s sticks.

Not good! I have to admit, it was my fault that the sticks didn’t make it to the game, and it taught me a valuable lesson: never assume. Always check things out and make sure.

Some players had to borrow sticks from the West Point Athletic Dept. for the game.

I felt shame for the rest of the academic term, left the College and, eventually, finished my engineering degree at Waterloo.

Time passed, I joined the ex cadets club at the behest of a former classmate and, years later, saw Major McLeod at a Toronto Branch, RMC Club Annual Dinner. I very sheepishly approached him, and blurted out my apology for having, by my negligence, screwed up his team’s chances for a victory. I was, in return, given a smile, a handshake and a slap on the back for my troubles. All was forgiven! What a relief!

That, to me, illustrated what the RMC experience should be: to learn, to grow, and to profit from my experiences. Thanks to Danny McLeod’s generosity of spirit, I learned about the nobility of forgiveness.

And that, people, is my RMC – West Point hockey tournament story.

God forbid that any of you should have occasion to repeat it!