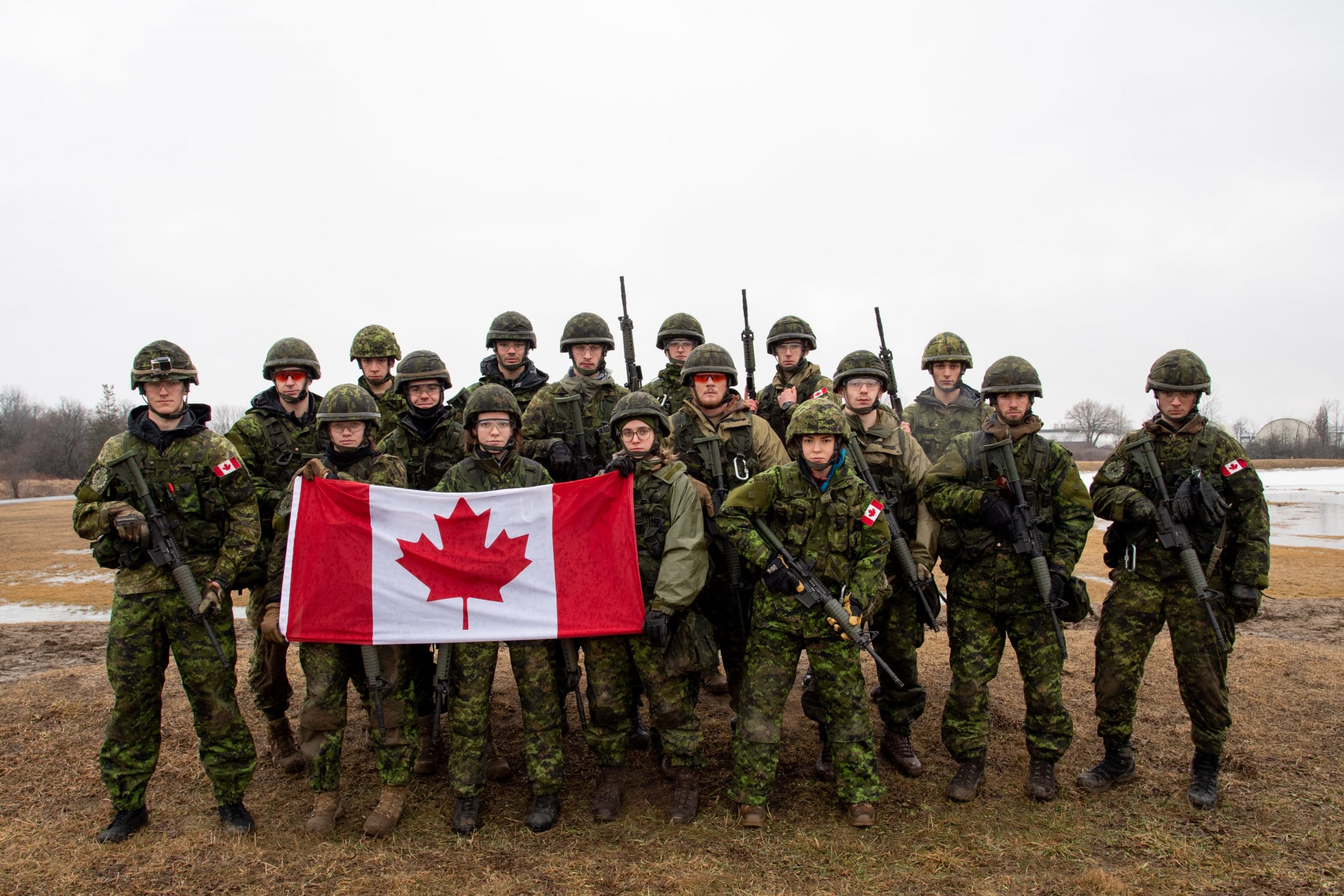 After a brief hiatus from competition due to the pandemic, the Royal Military College of Canada Sandhurst team is ready to compete again on 29-30 April 2022 at the United States Military Academy (USMA).  The RMC Sandhurst team is supported by the Class of 1964, who also annually supports the RMC Band and just recently the RMC Combat Weapons Team.

According to the USMA website, ( https://www.westpoint.edu/sandhurst) the competition, which started in 1967, has undergone numerous changes and features multiple teams from USMA, Army ROTC unites across the US and 16 international teams across the globe.

While it is called the Sandhurst Military Skills Competition after the Royal Military Academy Sandhurst (RMAS) in the United Kingdom, the annual competition has always been held at West Point. Sandhurst was started in 1967 when RMAS presented West Point with a British Officer’s sword to use as the prize for a competition to promote military excellence.

It wasn’t until 1975 that the competition began to resemble its current form with teams taking part in different challenges to test their military skills. Sandhurst was only an internal West Point competition until 1992 when ROTC teams began competing, and in 1993 RMAS began taking part annually. The Royal Military College of Canada (RMC-Canada) joined in 1997 and since 2002 the competition has featured a diverse group of international teams as well as the Naval, Coast Guard and Air Force academies and ROTC teams from throughout the country.

West Point dominated Sandhurst for the first three decades winning every single year from 1967 through 1992. That streak was broken in 1993, the first year a non-West Point team competed, and a British team came from across the pond to ultimately triumph in the military skills competition that takes place annually on the Hudson River.

For the next 16 years, the competition was dominated by members of the Commonwealth capturing the title in the name of Queen Elizabeth II as the RMAS team won from 1993 to 2004 and the RMC-Canada won from 2005 to 2007.

RMAS and RMC-Canada went back and forth for a couple years before the gutsy upstarts from West Point’s Company B-3 finally broke through in 2011 shattering the queen’s reign over the competition.

Not to be outdone, the Royal Military College of Australia – Duntroon claimed the title in 2012 bringing honor back to the crown. The Commonwealth would hold the title through 2016 with RMAS and RMC-Canada winning the titles.

West Point emerged victorious in 2017, but its hold on the title was short lived when a twist in the competition caught competitors off guard as the U.S. Air Force Academy (USAFA) fought their way to victory in a competition that tests ground combat skills.  Way to fight Falcons!

In 2019, West Point claimed the top two spots in the competition. The USMA Black team took home the prized saber as the top team with West Point’s Company D-2 nipping at their heals in second.

The order of march relay will return this year, with a few added elements from the Sandhurst operations team.  In the order they finished in the relay, teams will choose which of the 12 lanes to start from.  Squad leaders will look at team strength, terrain, and other factors to decided.  Teams will then spend the rest of the week training on possible elements, familiarizing themselves with the terrain they must traverse during the competition.

After fighting through two days of obstacles and lugging their minimum 35 lb. rucks for approximately 30 miles, one team will be crowned the Sandhurst champion. The winner is chosen based on performance at each of the obstacles as well as the speed with which they complete them.

The champion will be awarded the Reginald E. Johnson Memorial Plaque, named for a Sandhurst competitor who died during the land navigation phase in 1980. Although it is called a plaque, the award follows the initial tradition of the competition and is a mounted cadet saber. The saber has been used as the award since 1999.

Please enjoy the Officer Cadet produced video below from the 2018 competition: