Cadet Wing Commander and the recipient of the Sword of Honour.

Following that day almost 50 years ago he has led an extraordinary life of public service including serving as an officer in both the Canadian Armed Forces and the British Army.

Following, in his own words are his memories of his days on the peninsula and his professional experiences in and out of uniform.

A (very!) few memories of RMC

September 1962: The train from Montreal stopped at the old Kingston station; several other bewildered-looking young fellows on the platform. Greeted by two elegant figures in scarlets and swords. One asked very politely if I might be a Gentleman Cadet going to the Royal Military College?
I said ‘Yes I am,’ feeling rather flattered to be so kindly greeted. Suddenly his whole manner changed! ‘Fall in’ on the platform,’ he shouted, ‘do up all your buttons; stand to attention and do not speak unless spoken to!’
That was the beginning of my RMC career!

Sitting on the front 6 inches of my chair eating ‘square meals!’ “My I say Mr…, please pass the butter.” And you’d better know his name!
The Recruit Obstacle Race; running for No. 3 Squadron, being pulled back down a greased rope on the Fort Frederick wall by recruits from other squadrons! Rescued by my squadron; helping each other over the wall!
A highly successful Cake Walk; I was Class leader. Our plan threw the Second Years into total confusion… the cake disappeared into a tiny window in Yeo Hall and was eaten before the attacking Second Year cadets had any idea where it was! They were furious… and never forgave us!

A dark winter morning when one of Major Danny McLeod’s PT NCOs, from the far side of the Parade Square, accused me of letting a corner of the Red Ensign touch the ground during flag raising. I was charged and awarded 6 ‘Circles!’ An injustice for which I never forgave him!

Our two Commandants: the imposing figure of Brigadier G.H. Spencer, every inch a portrait of an old school officer, and his successor, Air Commodore Len Birchall, the Saviour of Ceylon! And a real gentleman!

Memorable professors: the father figure of Colonel Reg Sawyer, Chemistry Prof, the dapper Dr. Furter, Engineering department; and the head of the Math Department, so disgusted by our poor performance in calculus, that he started the whole course over again after Christmas!

The College barber, a repository of knowledge, a friend to all, and a great gossip!

Catching up on precious sleep in Economics class; a very unflattering photo with my mouth wide open, taken by a classmate, published in the Marker!

Football practices on autumn afternoons behind Currie Hall. Breaking my leg during a game in Guelph and spending weeks in the military hospital and then more weeks hobbling across the Square on crutches!

Marching to the Arch on a cold grey day to commemorate the death of Sir Winston Churchill.

As CWC, living in a ‘suite’ in Fort Haldimand overlooking Fort Frederick, with my own bath and batman! I can’t imagine CWCs have either today!

Marching across the causeway into town on cold, snowy Kingston Church Parades in Persian lamb hats and gloves as the wind blew the snow down the river!

My final day at RMC; a sunny June morning after the Graduation Ball. Catching the train at the old station I had arrived at 4 years earlier but now in brand new ‘TWs’ and a Sam Browne belt; travelling west to Rivers, Manitoba, for the Basic Parachute Course and the beginning of a new life!

Secretary to the Chief of Staff, Mobile Command at St. Hubert, Quebec 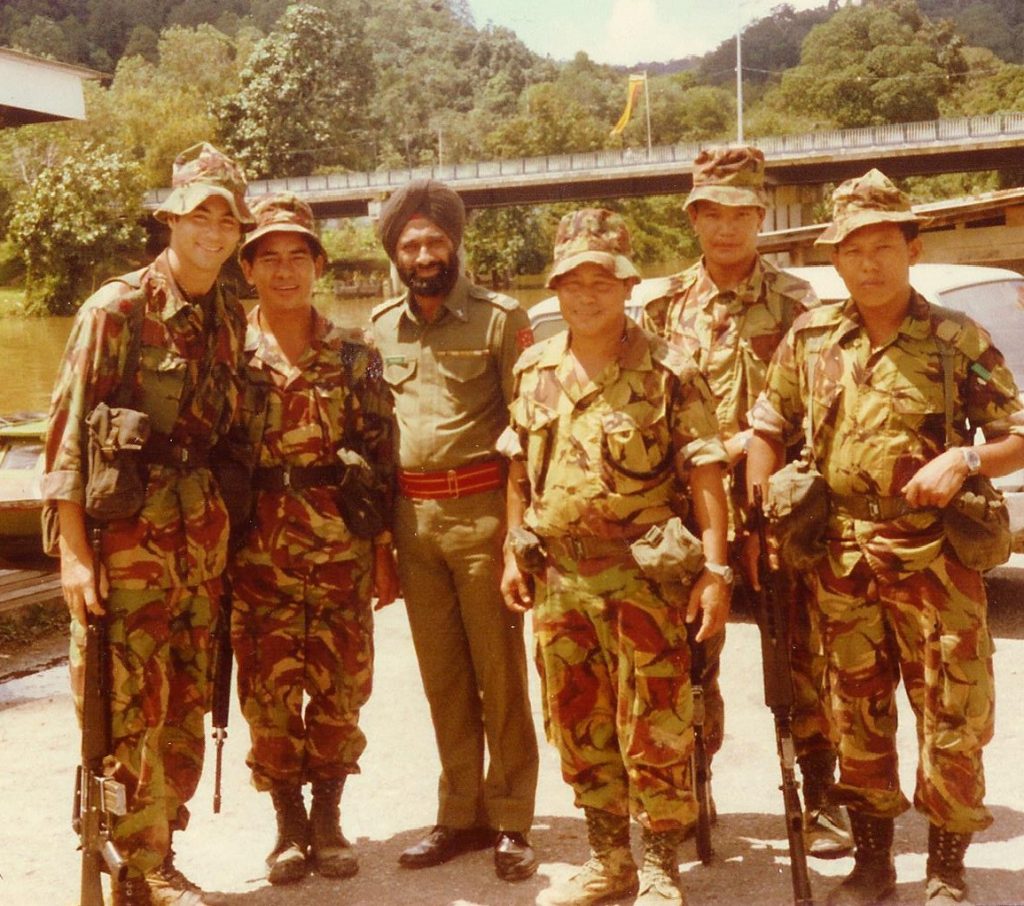 We breed and train Hanoverian horses