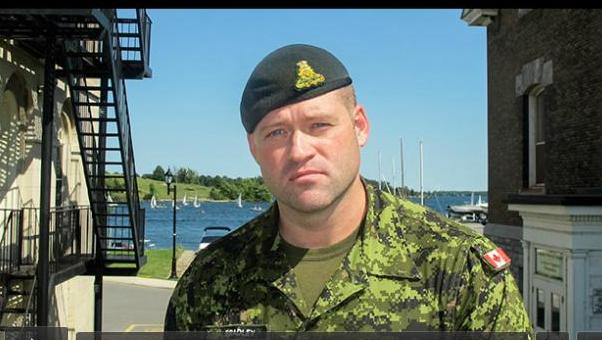 Canada’s most prestigious military academy has been under fire since April for its allegedly apathetic attitude towards sexual misconduct.

A series of incidents have fuelled the Royal Military College of Canada’s (RMC) image of lethargy.

First came the release of a damning report in April that named sexual assault “an ever-present risk” at RMC.

Next were testimonies of alleged sexual assault during the ongoing court martial of a cadet; and the incident with Julie Lalonde, where the feminist public educator was catcalled and harassed by RMC students during her sexual violence prevention session.

But RMC has done more to address the issue in its ranks than was previously publicly known.

The first was a punishment training, where the second- and third-year students who were the worst behaved in Lalonde’s session were ordered by the Director of Cadets to redo the sexual misconduct training on their free weekend, Capt. Yvette Grygoryev said via email.

A few months later, in February, there was a far more extensive session.

Every RMC cadet was divided into a group by age, gender and year to attend a mandatory training on sexual misconduct — which encompasses sexual offences such as harassment and assault.

According to one of the session facilitators, Maj. Adam Bradley, a division commander at RMC, both female and male participants told the facilitators they were glad to be able to talk about the issue.

“They wanted that chance in a relaxed atmosphere, to put the ranks away and just talk — What’s really going on? What are the real challenges? What are we really going to face out there? — and that’s what we did,” Major Bradley said.

“Following the briefing (session) by Ms. Lalonde, it was identified by the leadership at RMCC that more training was required to provide Officer Cadets with additional education about sexual misconduct,” Jessica Lamirande, spokesperson for the Department of National Defence, said via email.

“This was done to reinforce the message and ensure that all students understood their obligations and the necessity to treat all others with the proper respect.”

These small-group sessions were deemed successful by RMC, but were never made public.

The sessions were facilitated by officers and professors, who were trained beforehand by social workers, according to Lamirande.

Nine of the facilitators were women and 20 were men.

The session touched on definitions, what constitutes sexual misconduct and consent, legal case studies, how to intervene as a bystander and how to avoid being a victim. One of the goals was to ensure cadets understand their own behaviour, and how they can be both perpetuators and victims.

According to Major Bradley, extensive research was done prior to the training, as cadets ask challenging questions.

As a division commander, Major Bradley is responsible for a quarter of RMC’s cadets. Prior to joining the military at the age of 29, he worked for social services and was a volunteer with victims services for the OPP.

He was a facilitator for two groups: one with first- and second-year female cadets, and the other was third- and fourth-year male cadets.

But while the female group was initially hesitant, he said they soon opened up, and quickly delved into the more serious topics. The male group, on the other hand, was more relaxed throughout, but took more time to reach weightier issues.

Part of the training focused on how to avoid situations where cadets would be victims.

“I can’t guarantee what it’s going to be like in downtown Kingston,” Major Bradley said. “Be cognizant of your surroundings; be cognizant of who you’re hanging out with. Take responsibility for yourselves, act in a proactive manner, not a reactive manner.”

The male group was most interested in pinning down what constitutes sexual consent.

“The reality is that consent is consent — there’s no implied consent,” he said. “There’s no body language which approves it; there’s no signal which has been given. It is a verbal consent in a non-intoxicated state.”

Both groups spoke about alcohol-related sexual misconduct. Bradley said he spoke with the female group in particular on how to avoid being a victim, such as moving in a group and avoiding serious intoxication.

“We don’t have the luxury of not having a cohesive team, a well-bonded, strong-trusting team,” Major Bradley said. “I’ve done two tours in Afghanistan, I’ve seen this first-hand that you have to trust the person, whether it’s a guy or a girl, beside you implicitly.”

“And if you have something like sexual harassment “¦ or sexual assault going on, it’s a poison and it will absolutely destroy you and it is not tolerated.”

After Lalonde filed a complaint to the college, a series of letters were sent between her employer and RMC. In one of the last letters, RMC mentioned that those who’d behaved poorly in her session had been punished.

Lalonde and her employer followed up with the school, asking what the training would constitute.

“Neither myself nor my employer have heard anything from RMC at all since,” Lalonde said.

When told by the Whig-Standard about the second small group sessions, Lalonde said the majority of the content was the same as what she taught in October.

The only exception was the emphasis on how to avoid being a victim, which constitute victim blaming, she said.

Moving forward, these small-group engagements are likely to become a common occurrence at RMC, with four planned for the coming year, one of which will be during the orientation period.

“The intent is to have enough sessions that we’re getting through to everyone,” Major Bradley said. “We’re giving them an opportunity to engage in a dialogue with us, so that they’re very clear on what the expectations are.”

The next meeting or session concerning sexual misconduct will take place during orientation this coming fall during the Town Hall meeting led by Lt.-Gen. Chris Whitecross, head of the CAF Strategic Response Team on Sexual Misconduct.