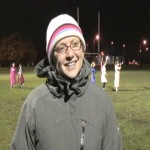 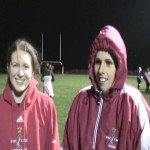 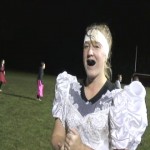 Black ones, long blue ones, some with sparkles and some with rather large shoulder poofs; these were the outfits of choice.

This past Wednesday, the RMC women’s rugby club participated in what can only be described as, a multi-colored mudfight against St. Lawrence College. Prom dresses were the athletic wear for the game, and the morning rainstorm proved to be a valuable asset in making the game both halarious and entertaining for athletes and onlookers alike.

The women partook in this charity rugby game in honor of the first lady-cadets of the Royal Military College of Canada, otherwise known as the “First 32”. For a mere five dollars, onlookers were allowed first-class viewing of the muddy madness on the rugby pitch.

One of the First 32, 14491 Col Karen Ritchie (Class of ’85) was a proud supporter of the Guiding Movement and was a member of the Board of Directors of the Girl Guides of Canada. A year ago, Karen’s life was taken away abruptly. In her honor, the ladies of the RMC rugby club wished to help carry on her dream of helping others by gathering enough money to send 32 Girl Guides to the ten-day Guiding Mosaic 2010 camp. This jamboree will bring Girl Guides from all over the world together, to celebrate the 100th year of Girl Guides in Canada.

An amazing $526 in total was donated on Wednesday to help send these girls to camp. Though this is a great start, the price of the camp is $900 per child, and there is not enough to send even one child to the camp. As a former Girl Guide and Pathfinder, I can say that the exciting camp experiences were some of the best times I ever had. Now a camp of this calibre  I know does not come along very often, and I’m sure means a lot to the Girl Guides.

If there are more people willing to help send some less fortunate girls to camp, they are greatly encouraged to contact:

If you have any questions or want to contribute in other ways, feel free to contact Linda Newton at linda.newton@dcc-cdc.gc.ca 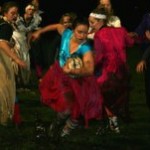 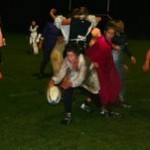 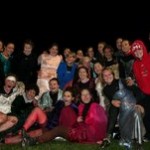 So now that I’ve thoroughly described the background of the game, let’s move on to the hard hits of the game itself.

The game was an easy win for the RMC ladies, with a final score of 17-5. The game was split into quarters, and at no point, did the St. Lawrence ladies seem to have an edge. They had many hard hits and delt us many muddy faceplants, though through it all, our ladies came out on top!

The women brought so much energy and excitement on the pitch. Perhaps they were playing a fundraiser game, perhaps because they had many fans screaming for mud baths, but I know it was because they were actually allowed to let their girlyness shine on the pitch in their elegant 80’s prom dress attire.

The allstars for the game were II Genevieve Martel, II Alex Warren, and Terri Burns. And of course special thanks must go out to IV Ashley Bayes for organizing the event.

After a short discussion at the end of the game, it was decided that this prom dress game be an annual event. So come out next year and help cheer on the ladies!

Congratulations girls for your muddy tackles, fast throws, and of course-the win! 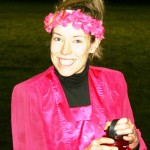 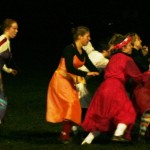 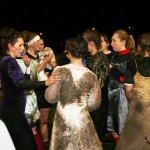 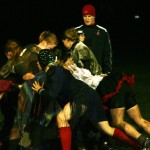 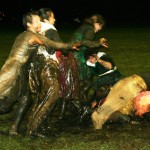 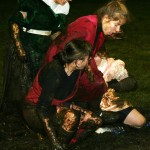