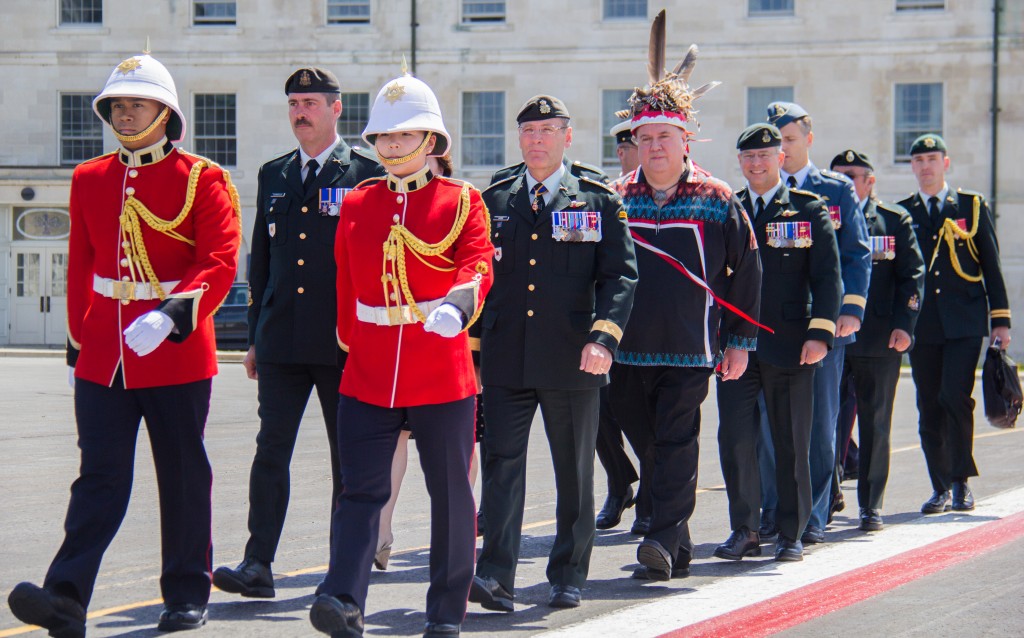 Photo of the Week By Curtis Maynard

Ex-Cadets and More in the News

‘Will we answer the call?’ 7860 Senator Dallaire’s last speech

Conference: Turning Point Year: The British Empire at War in 1917 /

“The Nazis entered this war under the rather childish delusion that they were going to bomb everyone else, and nobody was going to bomb them. They sowed the wind, and now they are going to reap the whirlwind.”

“We are going to scourge the Third Reich from end to end. We are bombing Germany city by city and ever more terribly in order to make it impossible for her to go on with the war. That is our objective, and we shall pursue it relentlessly.”

“I do not regard the whole of the remaining cities of Germany as worth the bones of one British Grenadier.”

Sir Arthur Travers Harris, 1st Baronet, GCB, OBE, AFC (13 April 1892 – 5 April 1984), commonly known as “Bomber” Harris by the press, and often within the RAF as “Butcher” Harris,[N 1] was Air Officer Commanding-in-Chief (AOC-in-C) of RAF Bomber Command (from early 1943 holding the rank of Air Chief Marshal)[3] during the latter half of the Second World War. In 1942, the British Cabinet agreed to the “area bombing” of German cities. Harris was tasked with implementing Churchill’s policy and supported the development of tactics and technology to perform the task more effectively. Harris assisted British Chief of the Air Staff Marshal of the Royal Air Force Charles Portal in carrying out the United Kingdom’s most devastating attacks against the German infrastructure and population, including the Bombing of Dresden.

In 1910, at the age of 17, Harris emigrated to Southern Rhodesia, but he returned to England in 1915 to fight in the European theatre of the First World War. He joined the Royal Flying Corps, with which he remained until the formation of the Royal Air Force in 1918, and he remained in the Air Force through the 1920s and 1930s, serving in India, Mesopotamia, Persia, Egypt, Palestine, and elsewhere. At the outbreak of the Second World War in 1939, Harris took command of No. 5 Group RAF in England in February 1942 was appointed head of Bomber Command. He retained that position for the rest of the war.

Harris’s continued preference for area bombing over precision targeting in the last year of the war remains controversial, partly because by this time many senior Allied air commanders thought it less effective[4] and partly for the large number of civilian casualties and destruction this strategy caused in Continental Europe. While the Butt Report found that in 1940 and 1941, only one in three attacking aircraft got within five miles (eight km) of their target,[5] many technical and training improvements such as H2S radar and the Pathfinder force were implemented later on in the war.