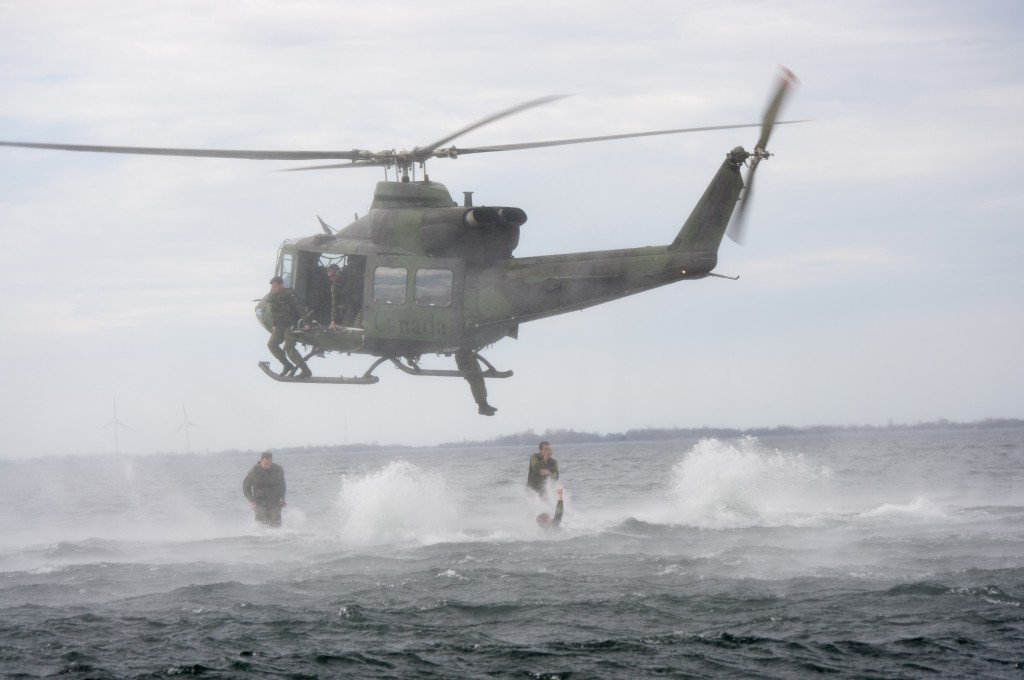 opportunity this week. For three days these 32 OCdts were instructed by Canadian Forces Land Advance Warfare Centre (CFLAWC) staff on a number of new and different skills found in the Helicopter Insertion Instructor course, which is normally taught only at the unit in Trenton. A team of instructors, lead by Captain Chelsea Braybrook (22906), took them through a day of conversion training on the rappel tower followed by two days rappelling on land and water entries from the helicopter. What a great way to finish off their four years at RMCC.

PSP staff at RMC would like to thank the helicopter crew and training staff from CFLAWC for their efforts and openness to support the military skills program in the RMCC Athletic Department. 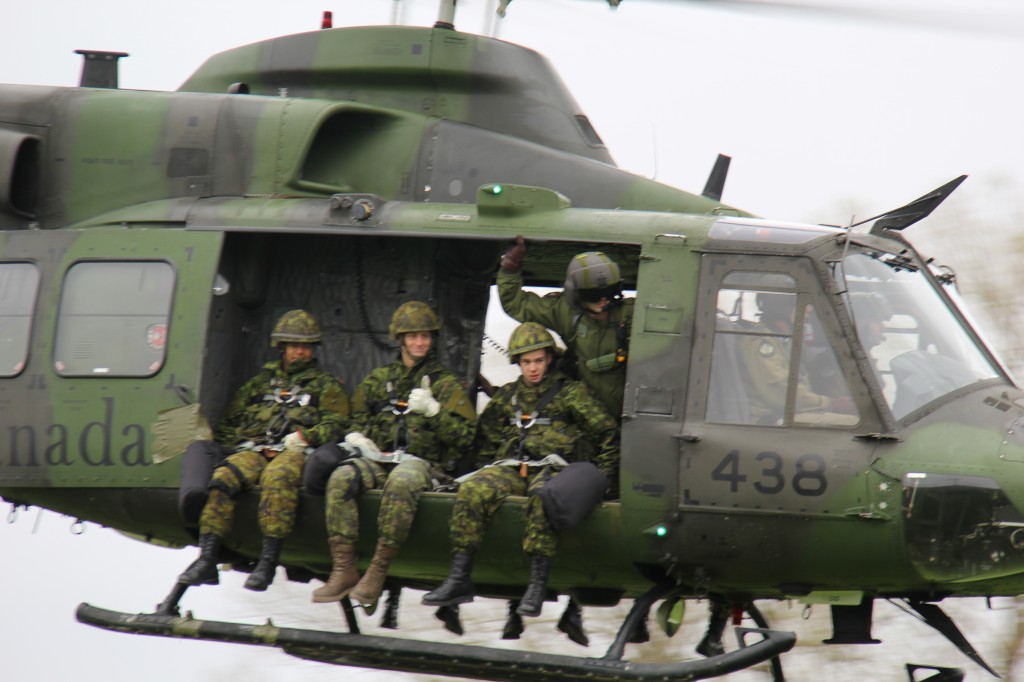 Last Monday morning ( 29 Apr) marked the beginning of a three day finale to the 4th year rappelling course, one of the many courses available in the 4th year RMC athletics curriculum.

When we arrived the first morning, we were all expecting to quickly re-tie our “swiss seats” and get back on the tower; instead, we were surprised to find ourselves being issued a bag of dynamic rappelling gear. Derived from CSOR and mountaineering operations, the Canadian Forces Land Advanced Warfare Centre staff explained to us that the Canadian Army was transitioning to a new way of rappelling, using seat/chest harnesses, ATC carabineers and leg-mounted rope bags, replacing the typical solider-tied “swiss seat” system, which we trained with previously. We immediately started training on the tower, starting at the low wall and finishing the day on the mock-skid with this new gear. Most of us favoured the increased responsiveness and ease of braking with the new system.

The second day started with the standard safety briefings and quickly got into running ‘sticks’ of six troops from the CH-146 Griffon helicopter at approx 100 ft; certainly a step up from the 35 ft rappel that we were used to. What a rush, sitting on the edge of a helicopter flying around at 115 knots passing over the RMCC peninsula and Lake Ontario before coming onto ‘short final’ above the drop zone. Next the ‘position’ signal was given, to which we would undo our seatbelts, step on to the helicopter skid and prepare to jump. Finally the ‘insert-insert’ signal was given and we all rappelled to the ground under control. The insertion was completed when each member of the stick had disengaged the rope and gave the helo a thumbs-up.

The third day we transitioned from rappelling to helocasting, which is an insertion technique that involves soldiers jumping from the helicopter into a body of water. Simpler than rappelling, all we had to do was line up on the skid and jump from the skid to the water in sequence. With the CH-146 from 5-12 feet above the water, we jumped to a frigid splash in the water. The shock of the cold was enough to wake us up that morning and ensure that we got into the recovery boat as fast as we possibly could!

Being a group of 4th years cadets from various MOCs, we were very lucky to receive this training. It certainly offered a different perspective on these types of operations and a broader understanding of Canadian Armed Forces operations. Overall, an awesome three days and a great experience! We’d like to thank all those who helped organize this training, especially Jean Blanchet, PSP Staff. 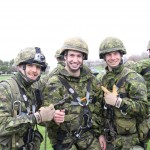 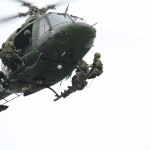 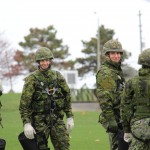 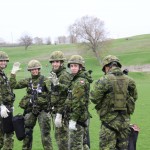