Officer Cadet Maximillian Reinthaler, a member of the Royal Military College’s Campus Response Team, was presented the St. John Ambulance Life-saving Award by Kingston Mayor Mark Gerretsen prior to a city council meeting at the City Hall Nov. 15. This award recognizes individuals who have administered first aid while saving, or attempting to save, a life. Officer Cadet was called to help another cadet who was found slumped over his desk and unresponsive September 1. Reinthaler called 911 and moved the victim to the floor. As the casualty was receiving oxygen, he suddenly lost consciousness and began to convulse. Reinthaler stayed with him and continued to monitor his condition until Emergency Services arrived.

At 21, he is finishing his fourth year studying Military and Strategic Studies at RMC. He’s also a First Year Orientation Program (FYOP) Cadet Flight Leader, which means he commands 13 untrained first years at the college, as well as his staff of third-year cadets. On the first weekend of October, he finished leading them through five weeks of training to introduce them to life at RMC. Max chose the military for many reasons. His stepfather, aunt and uncle all attended RMC. ‘I didn’t see myself in an office job. I want to do something challenging that has pride attached to it, and had an element of adventure.” After Officer Cadet Reinthaler graduates in May 2012, he becomes a Second Lieutenant in the army, hoping to become an infantry officer and will be stationed in Gagetown, New Brunswick. There he will undergo training as a Light Platoon Commander (the basics of leading a foot mobile infantry platoon for 13 weeks), and 14 weeks of leading a mechanized or heavy infantry platoon using equipment like the light-armoured vehicles (LAV 3s) used in Afghanistan. Once he has finished his training, he will be posted to a regiment, and lead a platoon of some 40 soldiers. He will be called upon to lead soldiers who are veterans, who have seen battle in Afghanistan as well as other theatres of operation. “I have to ensure they [my soldiers] are as prepared as possible, that their personal lives don’t distract them from their deployment, and they have the resources to get the job done. I have to rely on section commanders and staff too.” Asked where his strength comes from he said it comes from his family and the motto “be proud but yet humble.” “You have to be confident in your abilities when you make the final call. You also must acknowledge the expertise of your senior enlisted soldiers and apply it in decisions, but be confident in your abilities,” said Max. “But I don’t know how I’ll react until I’m on the ground,” he adds, and his tone shows that he is eager to be tested there. “Day to day it’s not the easiest path,” said Officer Cadet Reinthaler, “when I have to wake up at o’dark stupid, 0400 or 0500, it’s not fun, I’d rather go back to bed, but I tell myself these daily challenges will better prepare me for later on.” 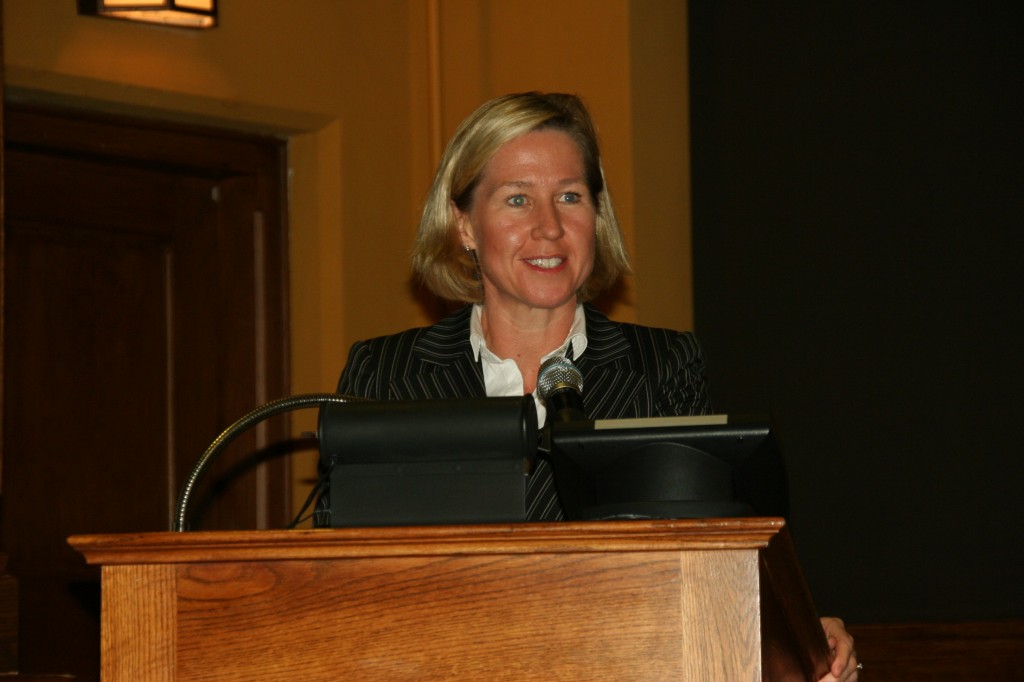 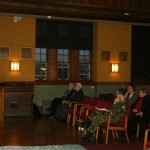 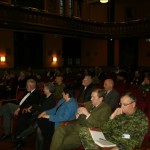 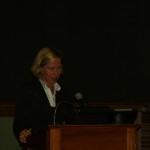 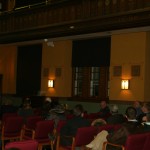 The Utility of Hard and Soft Power: Strategic Intervention Beyond the Military Instrument

On Wednesday the 23rd of November, Dr Ann Fitz-Gerald presented the Haycock lecture to cadets and staff in Currie Hall, speaking on traditional, military-centric approaches to post-conflict reconstruction and state-building. She explored the lessons learned from recent interventions in places such as Sudan and Afghanistan.

Dr Fitz-Gerald is currently the Director of the Cranfield Centre for Security Sector Management.  She currently manages research programmes which focus on national security; political, security and economic interdependencies of stabilisation operations; and the relationship between conflict prevention and security sector reform.

Dr Fitz-Gerald has worked on national security, security sector reform/management and joined-up government issues for 16 years and is widely published in this field. Her most recent book is an edited volume entitled From Conflict to Community: A Combatant’s Return to Citizenship.

The presentation of the Haycock Lecture is coordinated by the War Studies Department at the Royal Military College of Canada. Financial support is provided through the Margin of Excellence program sponsored by the RMC Foundation. 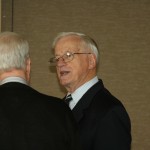 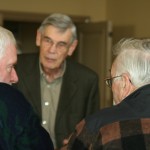 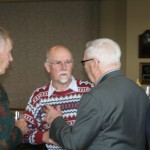 RMC RETIREES’ LUNCHEON – SSM: For quite some time many of the former Royal Military Collegbe of Canada military and civilian staff meet for a relaxing luch to recall old times and to catch up with not just former colleagues but old friends too.  This past friday this group met at the Senior Staff Mess on the college grounds. The lunches rotate from various dining spots in the Kingston area and are held the last friday of the month.  (Photos by: 25782Brandon Friesen) 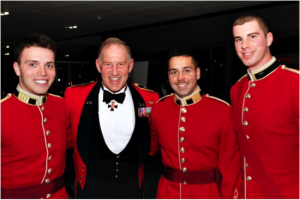 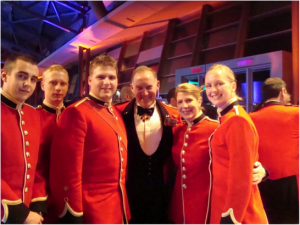