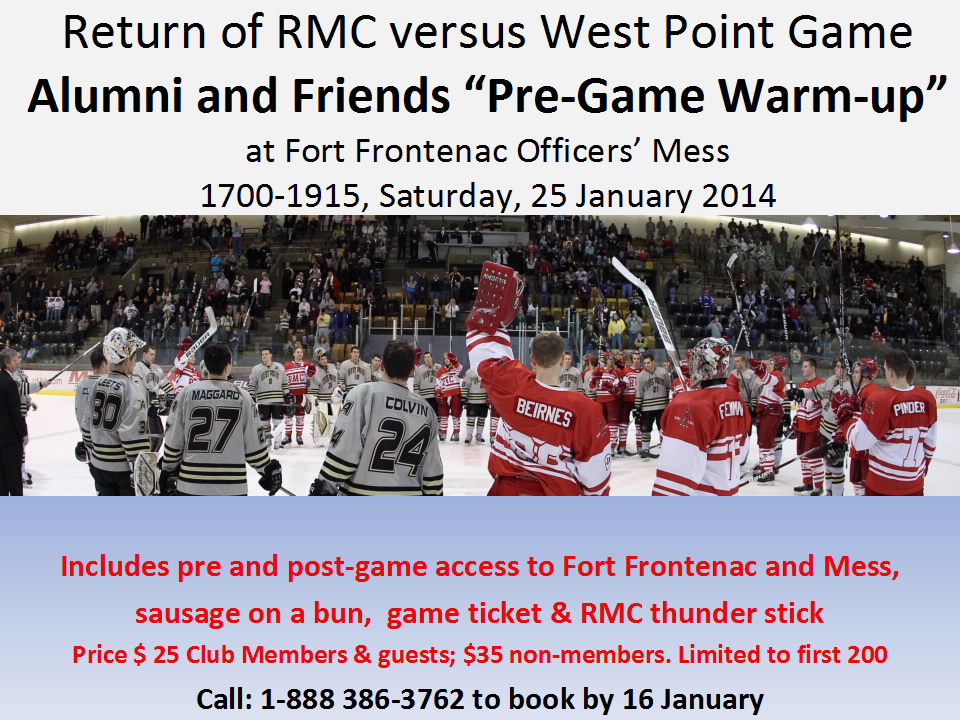 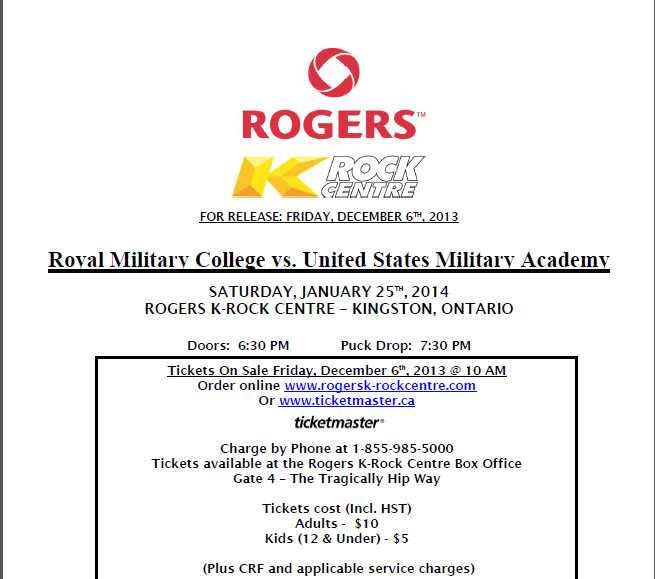 78th Hockey Game Between RMC and USMA Set for January

The Royal Military College of Canada will be hosting the 78th installment of the historic hockey series with its American brethren from the United States Military Academy.

Army and RMC will be playing for the 78th time, with the Black Knights holding a 41-29-7 advantage in the series. RMC does hold a 17-14-6 record at home in this series, including a 3-3 tie the last time this game was played in Kingston in 2006.

Tickets will be available through Ticketmaster online (www.ticketmaster.ca), by phone (1-855-985-5000), and in person at the Rogers K-Rock Centre box office (Gate 4 – The Tragically Hip Way) beginning Friday, December 6th at 10 AM.

Jim Hulton was recently hired to coach the Tri-City Storm in the USHL. Hulton is a native of Wolfe Island and coached the RMC Paladins during the 2006/07 season. He left RMC after the one season to return to the OHL as a Head Coach.

The following year he moved up to the NHL as assistant coach with the Florida Panthers of the NHL. He spent three seasons with the Panthers.  In total he spent ten years in the OHL with: North Bay Centennials (1); Mississauga IceDogs (2); Belleville Bulls (3) Kingston Frontenacs (3) Mississauga St. Michael’s Majors (1).

We wish him well.