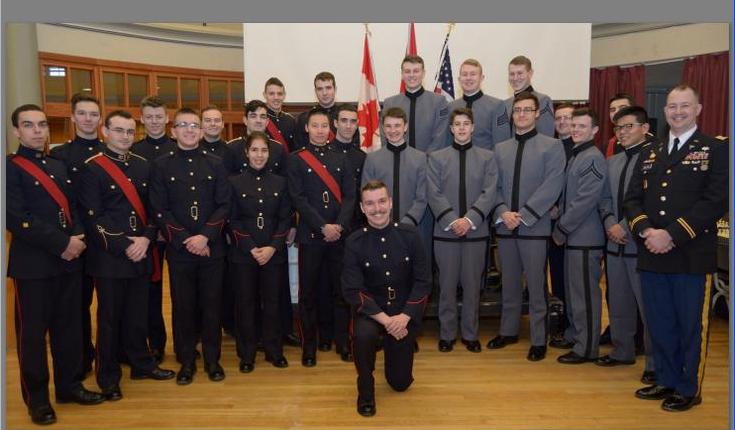 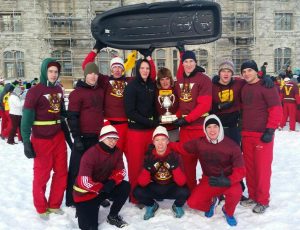 This past saturday (23 Jan), marked the annual I81 Exchange in which Cadets from the United States Military Academy (USMA) would come to RMCC and compete in a variety of activities. Many of the events planned pitted USMA vs RMCC in friendly, yet fierce, competitions.

For those not participating in activities, or competition, against USMA, they were competing for Squadron Pride in Bubble Soccer, Broomball, Ball Hockey, Flag Football and of course the Chain of Command Relay Race.

While all this was going on in Kingston, about 100 cadets from RMCC headed south to West Point to participate in a number of activities at USMA. – We look forward to receiving an update which when received we will post in a future Issue of e-Veritas.

Following are the results from each one of the events /competitions that took place at RMCC:

The Judo clubs from both West Point and RMCC joined together for a friendly practice/tournament where sensei’s from both dojo’s contributed in sharing knowledge. Focus was placed on combinations of throws that helps the judoka adapt to different situations. The key advantage was having the opportunity to partner with new people who we had never worked with before, allowing us to learn on how to work with different body types and styles of fighting. The training ended with an exchange of gifts between the two clubs and great words of encouragement.

The RMCC and Westpoint exchange is a memorable experience in term of sharing, getting to know more people and having the opportunity to create amazing connections. This year the RMCC Judo club hosted 16 cadets for a three hour Judo training session.

Finally, this weekend was a great stepping stone for RMCC  in preparation for further competitions.

Both theRMCC and West Point Taekwondo teams ran a joint training session lead by the RMCC Taekwondo club coach Joel Ridley.  The peak performance competitive training program included strength and conditioning, a lesson in tactics, and an opportunity for members of the two teams to spar.

It was a demanding session that challenged the adaptability of the athletes, as well as a good occasion for participants to learn about aspects of Taekwondo that they may have not seen in their regular training regimens. West Point and RMCC cadets worked in pairs throughout the event, strengthening the bonds between the members of the two teams. While doing so, athletes also gained valuable experience sparring against unfamiliar opponents, which improves an athlete’s ability to react to the unexpected. Each athlete participated in the training at the best of their ability and the training proceeded from start to finish as planned.

The RMCC-USMA Indoor Rowing Championships was a massive success. Starting with individual two kilometer races, cadets from both institutions fought hard to achieve the lowest cumulative team time – USMA managed to take the lead, with RMCC not following too far behind.

Following the 2k challenge came the mixed-institution relay which consisted of two teams with members from both RMCC and USMA competing together. It was an extremely close race and an amazing display of cooperation.

The RMCC Commandant and the USMA Commandant of Cadets stopped by to watch, both even taking the time to cheer on the crews themselves. A large portion of the RMCC rowers on the team managed to beat personal best times and were all extremely happy with their performances. It couldn’t have gone better!

Debate (covered in a separate article).

RMCC hosted West Point for their annual chess tournament. The exchange saw a record number of chess competitors from both schools. In total 42 players attended the event. Over five rounds of play, RMCC just fell short to West Point by a score of 26-17.5.

The RMCC chess team continues to improve and grow, with four cadets scoring three or more points throughout five games. CMR St Jean also submitted a team to the tournament, promising more talented players for the future. Next year this tradition continues, with RMCC travelling south to West Point.

Cadets also participated in Winter Sports day activities. The morning started with an informal form-up around the inner field which led directly into the first event of the day, the Chain of Command toboggan relay race. Each Squadron had to select Ten cadets to participate.

Each Cadet that participated not only had to pull the toboggan once across the field, but also needed to sit in the toboggan while someone else pulled them. Needless to say there was a little bit of strategy employed by some Squadrons with the eventual winners coming from 5 Sqn, an eventual theme of the day.

After the relay race was over everyone was to head to their respective sports location to compete in a variety of sports. Although the weather was a bit brisk it did not hinder the Cadets motivation to perform to the best of their abilities. The winning teams for each tournament were:

Of course this day doesn’t happen without the tireless efforts of all Cadets involved. The following cadets need to be recognized for their outstanding work in planning an executing a great exchange weekend:

Finally, the Department of Athletics would like to thank all the Athletic Barmen who contributed to a very successful sports day. Their professionalism, leadership and hard work created a fun, safe and great atmosphere for the I81 Exchange weekend. We look forward to building on the successes we saw this year as we travel to West Point next year to continue this annual tradition. 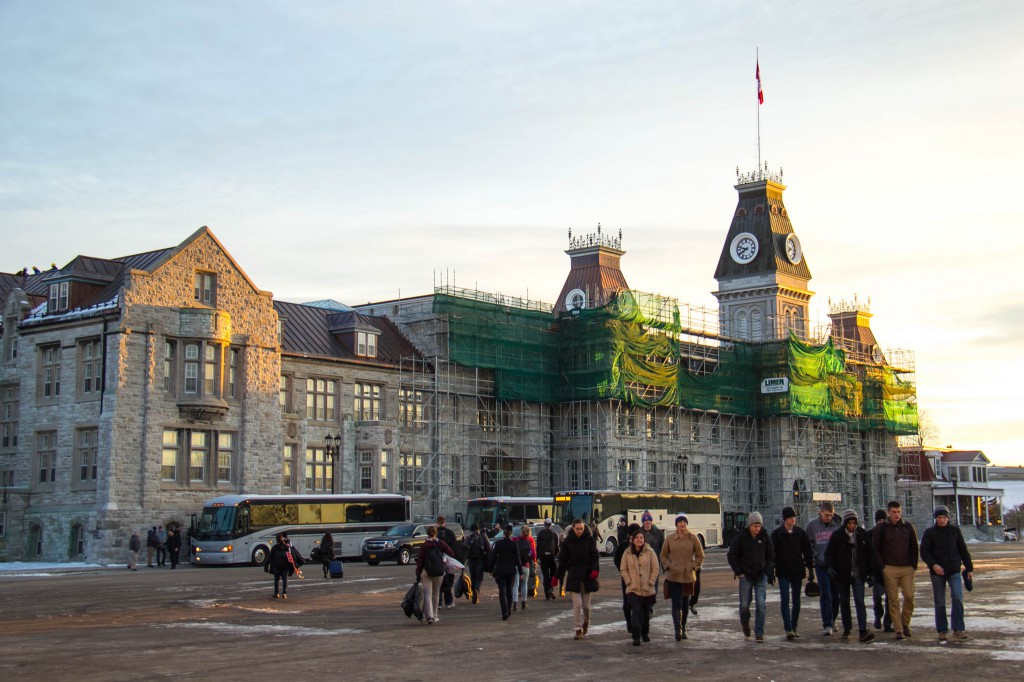 See you next year at USMA

For all our recent photo go here

Note: We’re sorry that we didn’t capture every activity in photos