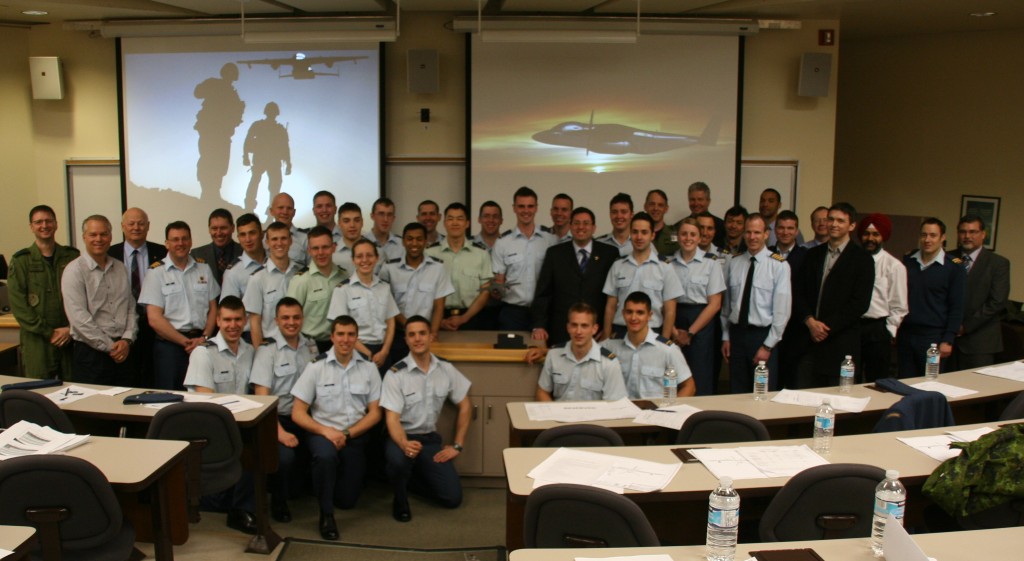 Photos of the presentation by 25366 NCdt (IV) Mike Shewfelt

Having been challenged to become technical experts in their individual disciplines, as well as having learned how to work together through the setbacks and complications that are inherent in aircraft design, the Fourth Years learned how to think creatively and critically. In aircraft design, there is never only one solution, and so the Fourth Years learned that the answers are not always obvious and that the first answer is not necessarily the best one. Looking back, the path was long and hard, but through trials and tribulations we have accomplished something of which we can be proud.

More photos of the presentation: 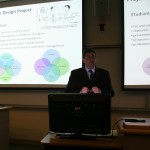 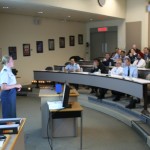 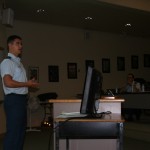 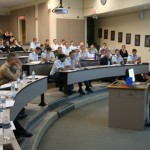 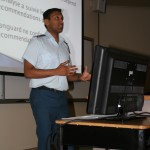 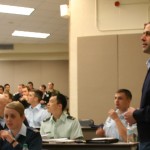 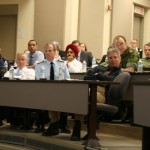 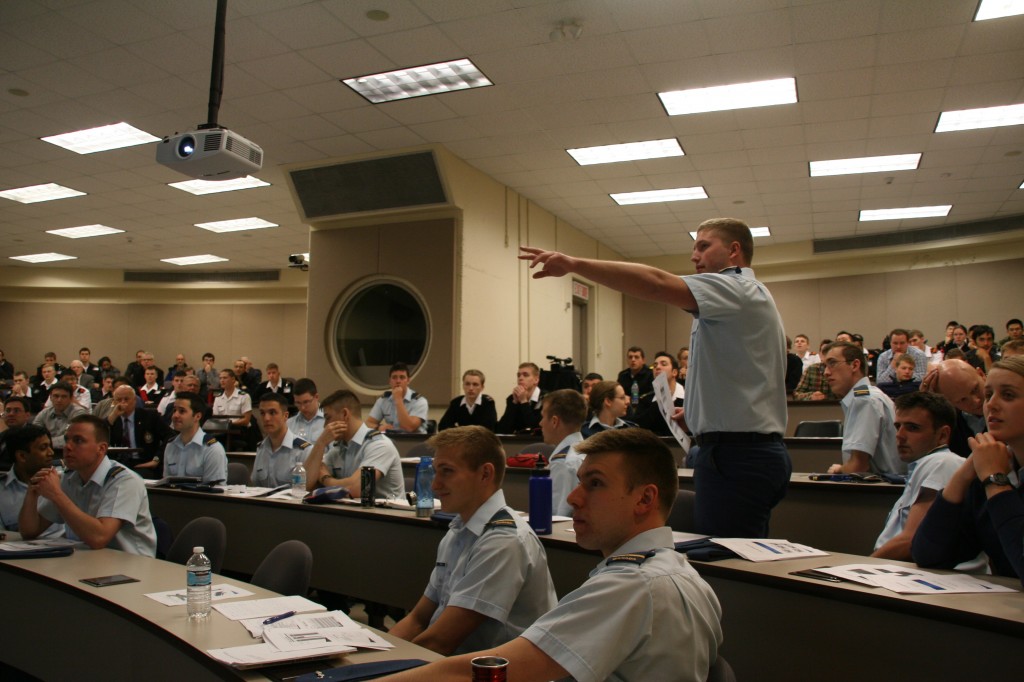 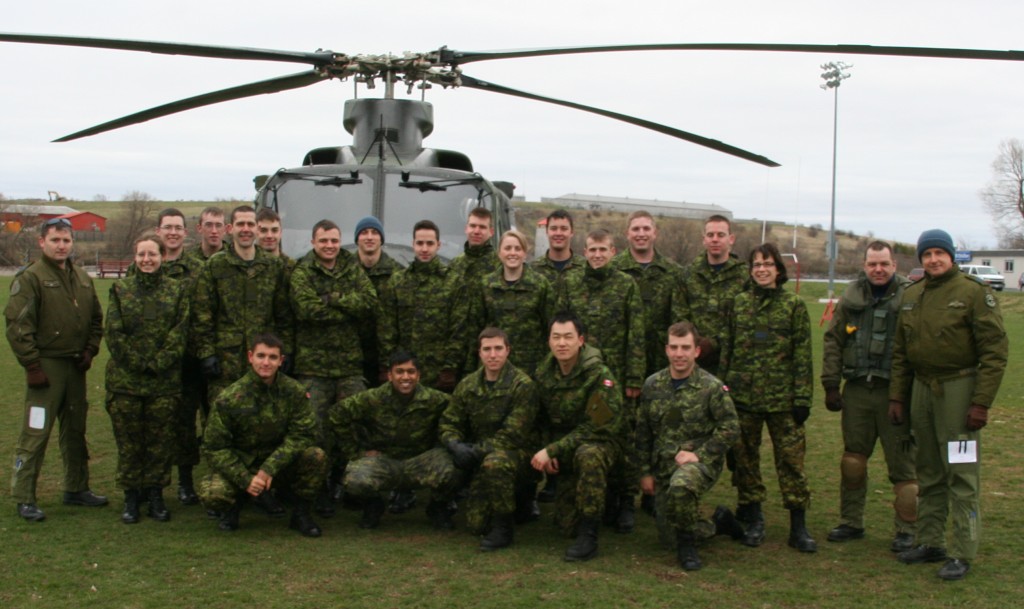 This past Thursday, 5 April, the 4th Year Rotary Wing class had the chance to get some real world experience when a CH146 Griffon Helicopter from 438 Sqn in St. Hubert, Quebec, came to RMC for the morning. The pilot and co-pilot gave the assembled cadets a look at the aircraft’s systems and also discussed their recent experience with the Griffon in Afghanistan.

Following a safety briefing, the pilots took members of the class (and the author) up in the Griffon for a first-hand look at its capabilities. Each group of cadets, and there were three in all, was taken north of Kingston, where the pilots then put the aircraft through its paces. Without exception, these flights left the cadets with smiles on their faces, and gave them something to look forward to after graduation, now just a few weeks away, and they also left the author with a new found appreciation for helicopter pilots.

The experience was definitely a treat for all involved, and much thanks is due to Capt Geneviève Vallières, the instructor for AEE467, Rotary Wing Aircraft, who was the driving force behind getting the helicopter at RMC for the morning.

More photos of the morning: 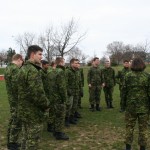 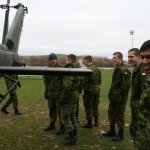 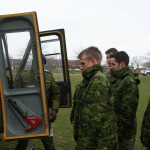 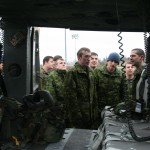 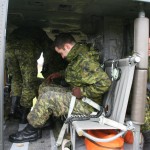