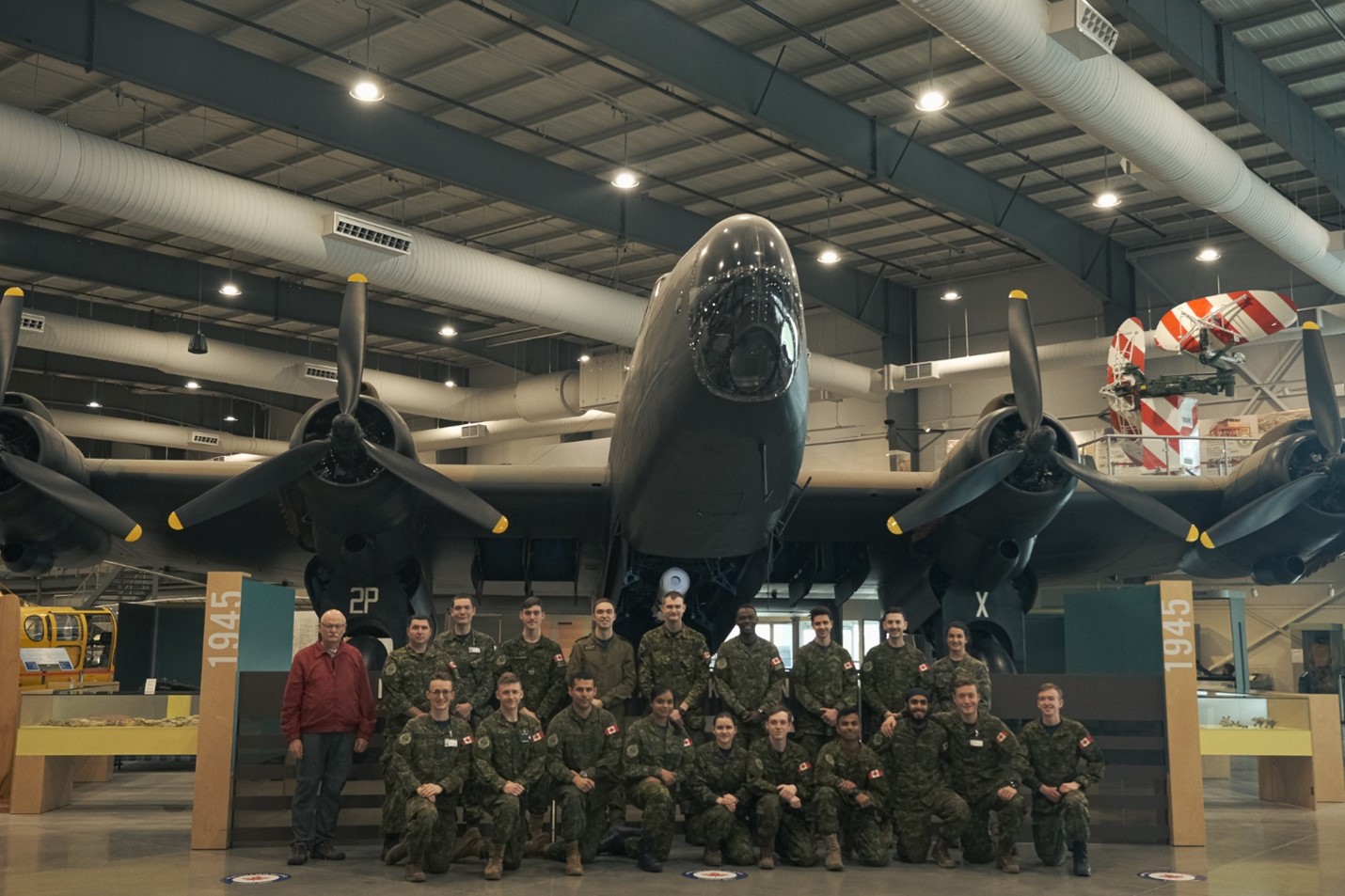 On 6 May, a group of nineteen RCAF cadets had the opportunity to go on an Air Force history trip to the Quinte region. Organized by the RMC Aviation Club (and funded by the Class of 1962), the trip was intended to give cadets an overview of the rich aeronautical history found around Kingston. The cadets, led by LCol ‘Face’ Coleman (Deputy Director of Cadets RMC) and Col (retd) 10763 Randy Wakelam (1975), made their first stop at the National Air Museum in Trenton. A tour coordinated by Maj (retd) 13141 Bill March (1982) introduced one of Canada’s most impressive museums to the cadets. For many, this was the first time learning about the RCAF’s achievements both in war and in peace. The morning spent at the National Air Museum was a valuable experience, particularly for the six fourth year cadets who will be transitioning to junior leadership positions in the RCAF at the end of May.

The second stop of the trip was at the Picton airport. Just a over half an hour from Trenton (20 nautical miles if you’re wondering), the airfield is significant for the role it played during the Second World War when it was home to No. 31 Bombing and Gunnery School, one of the many units created as part of the British Commonwealth Air Training Plan (BCATP). This was the first time many cadets had seen a largely intact BCATP airfield (indeed Picton is the only largely intact BCATP facility). Mr Eric Zylstra, Picton native and Property Manager for PEC Enterprises, an organization working towards restoring the facility, met the group on arrival and led a behind the scenes tour through largely intact hangars, barracks, and even the base theatre. Picton represents an important part of RCAF history, and walking the hangar line helped many cadets develop a better first hand understanding of the Air Force’s past achievements.

Our last stop was a visit to RCAF Association 416 Wing in Kingston. There the cadets were given presentations by former RCN sailor Chris Varley and Col (retd) 1557 Chris Shelley (1977). Both talks focused on the BCATP as well as the Air Force history in Kingston. These presentations taught the group about why and how Canada became the Commonwealth’s largest producer of aircrew during the Second World War. Also, present was LCol (retd) 13261 Larry Paziuk (1981), president of the Wing, who introduced many to the RCAF Association.  Of note all the retired officers assisting in the day were RMC alumni.

This short trip was a great success thanks to the coordinators, tour guides, and presenters. At RMC, it is rare for Air Force cadets to get such a great opportunity to get to learn about the RCAF’s history and heritage. The cadets on the trip enjoyed this short excursion and its focus on local RCAF history; they were and are very appreciative of the opportunity. The RMC Aviation Club intends to conduct similar trips in the upcoming year, and is also planning on offering a longer and more thorough air power history trip in the future. Trips such as these are a small but very effective way to teach cadets about the RCAF by looking back at its history so that they may always remember their heritage and better understand the unique challenges facing RCAF leaders of all ranks. 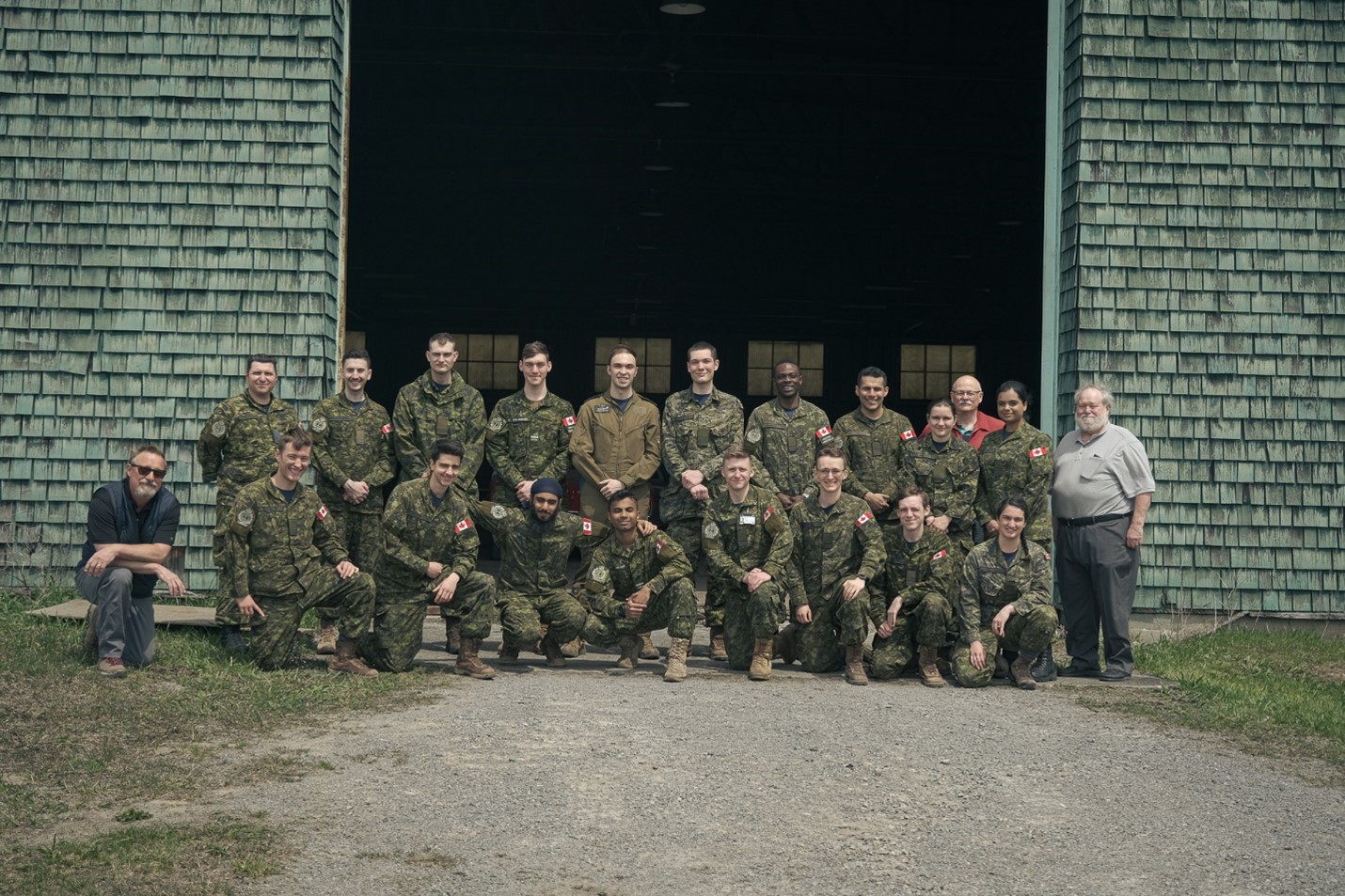 Cadets in front of the old No. 31 BGS Drill Hall 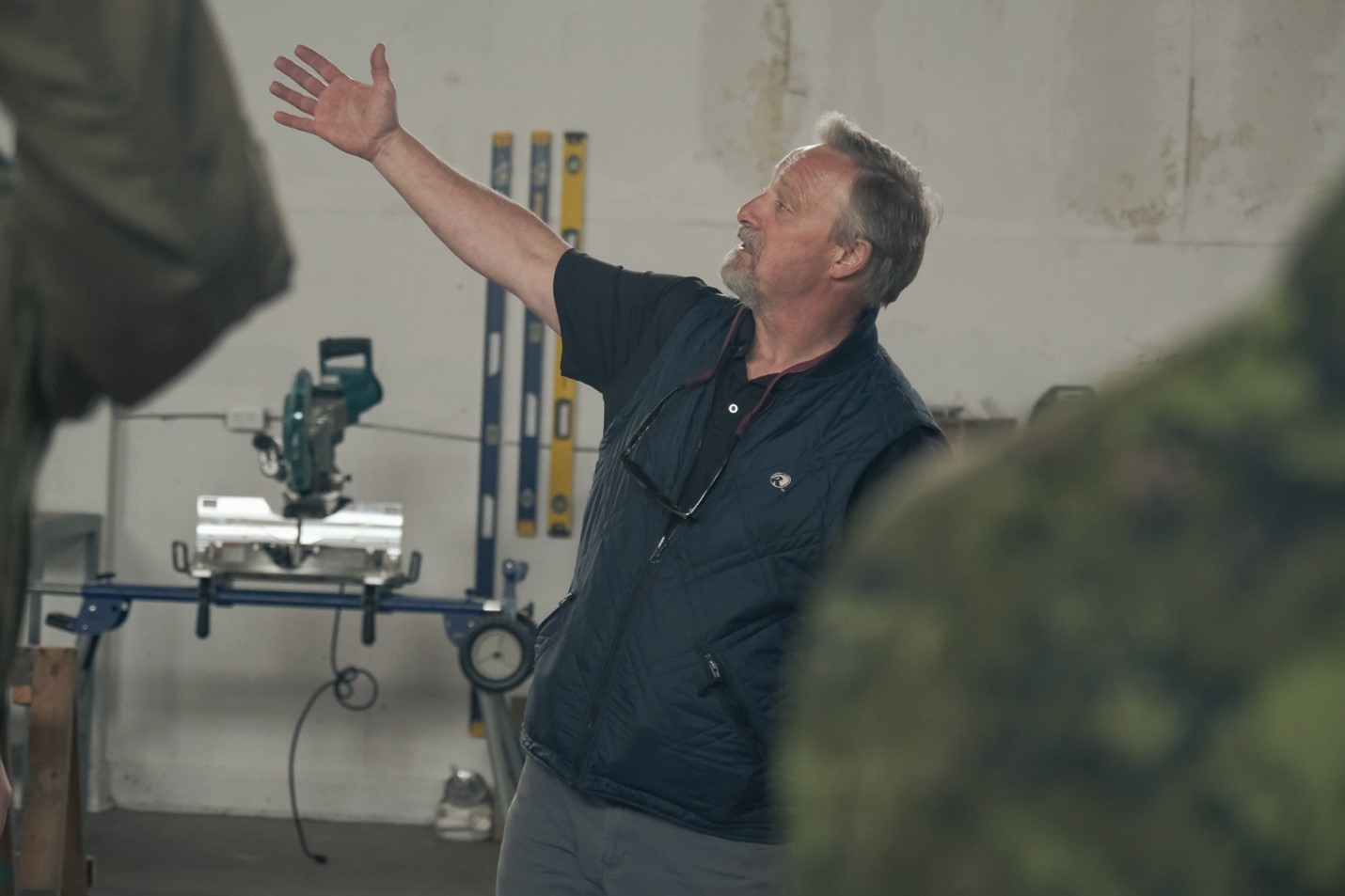 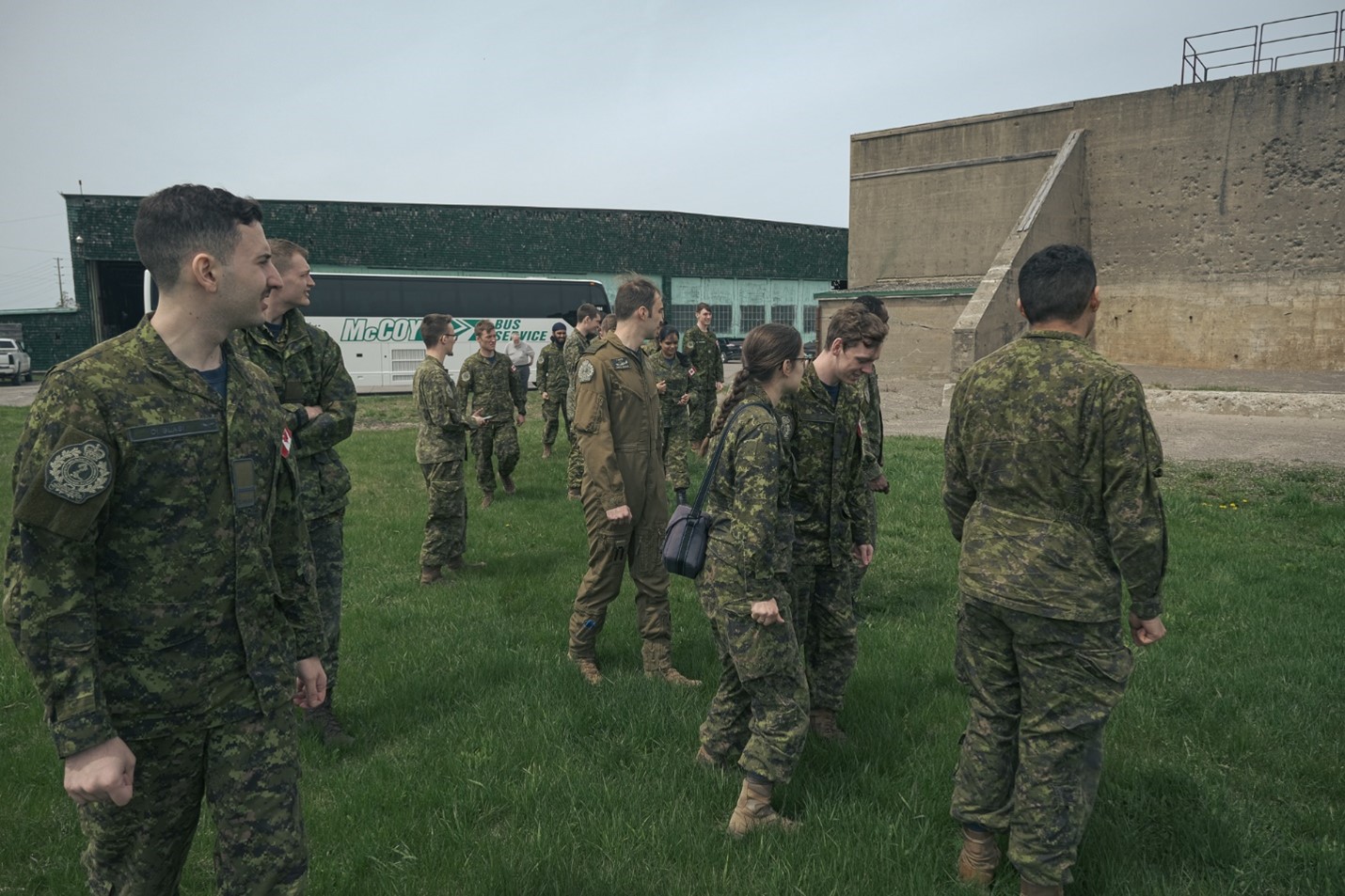 Cadets in front of the No. 31 BGS shooting range 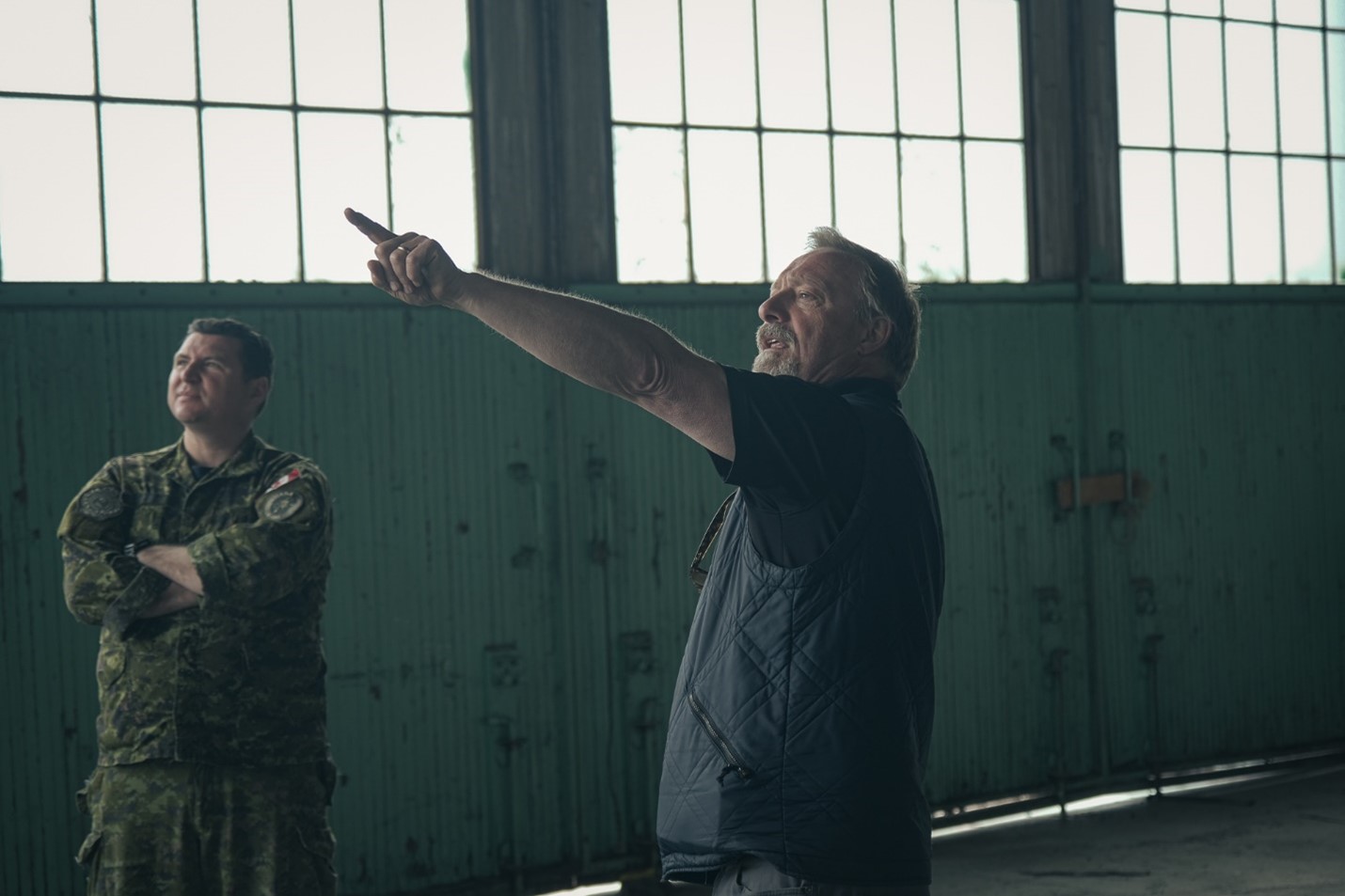 Inside one of the No. 31 BGS hangars. Left, LCol ‘Face’ Coleman. Right, Mr. Eric Zylstra 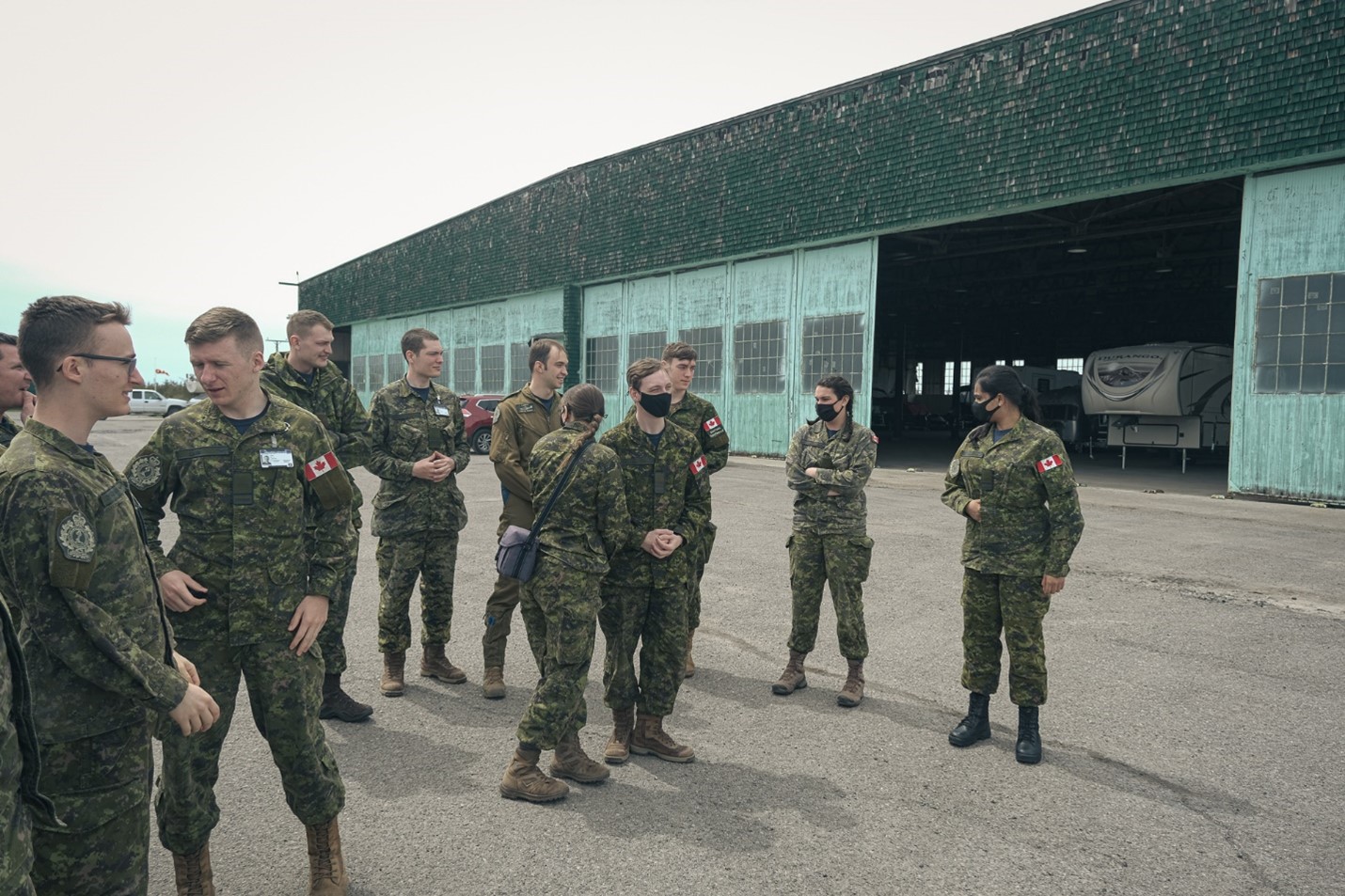 Cadets in front of the old heavy maintenance hangar of No. 31 BGS. 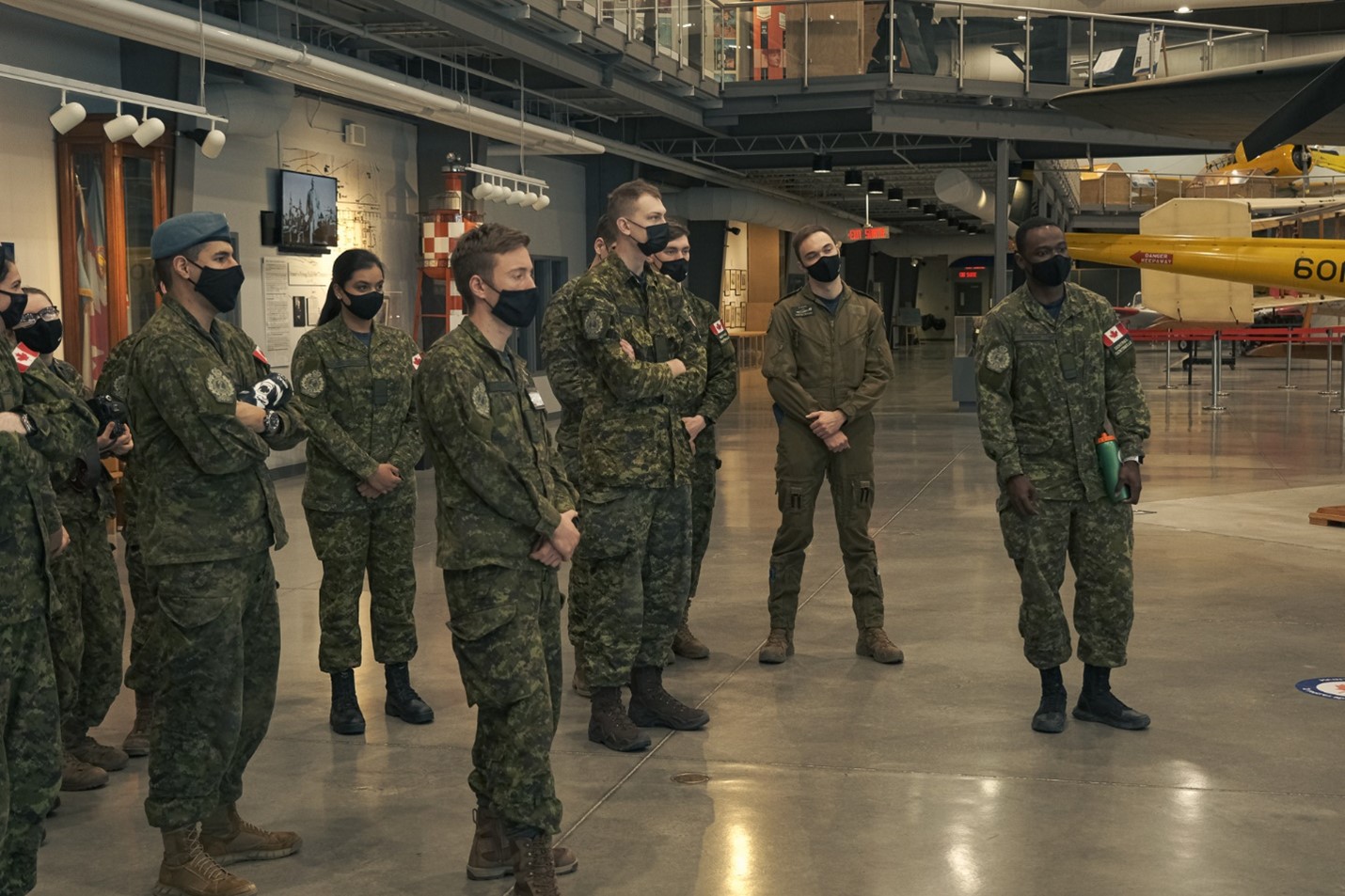 Cadets at the National Air Museum in Trenton Group photo in front of the restored Halifax bomber