Claude Scilley: Coaching life not at all like work for 14080 Andy Scott

Ex-Cadets More in the News

RMCC: Birthplace of Both Canadian and North-American Intercollegiate Competitive Sailing

As I See It 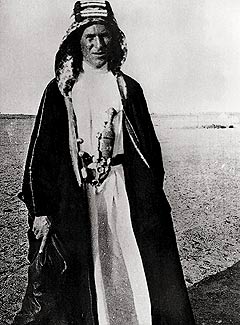 “The printing press is the greatest weapon in the armoury of the modern commander.”

“Nine-tenths of tactics are certain, and taught in books, but the irrational tenth is like the kingfisher flashing across the pool, and that is the test of generals.”

“To me an unnecessary action, or shot, or casualty was not only waste but sin.”

Thomas Edward Lawrence, CB, DSO (16 August 1888[5] – 19 May 1935), known professionally as T. E. Lawrence, was a British Army officer renowned especially for his liaison role during the Sinai and Palestine Campaign and the Arab Revolt against Ottoman Turkish rule of 1916–18. The breadth and variety of his activities and associations, and his ability to describe them vividly in writing, earned him international fame as Lawrence of Arabia, a title which was used for the 1962 film based on his World War I activities.