Troop Leadership in an Armoured Squadron

& Troop Leading from a Different Perspective

FYOP: Passing Off the Square

The Week That Was…From Offical Visit to Skylarks 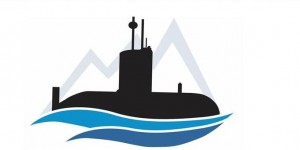 WHY CANADA NEEDS SUBMARINES – OR DOES IT?

The Naval Association of Canada [NAC] will present a one day conference in Ottawa on Thursday 2 October 2014. The conference will look at the history of submarines in Canada, the present state of Canada’s submarine force, future needs and then examine arguments for and against recapitalization of our submarine fleet.

In one day, you can quickly get up to speed on this important issue. In addition to NAC members the audience will include your parliamentarians, senior submariners from allied nations, RCN experts and experts from industry. A hot breakfast, buffet lunch and reception at the end of the day, included in your registration, will provide an opportunity for you to expand your knowledge while making valuable contacts.

I hope you will be able to join us as we examine this topic of critical importance to both our Navy and Canada. Registration is online at: http://www.navalassoc.ca/en/nh/2014-nac-agm-and-conference

“I attribute my success to this – I never gave or took any excuse.”

“I think one’s feelings waste themselves in words; they ought all to be distilled into actions which bring results.”

“Were there were none who were discontented with what they have, the world would never reach for anything better.”

“The world is put back by the death of every one who has to sacrifice the development of his or her peculiar gifts to conventionality.”

“How very little can be done under the spirit of fear.”

Florence Nightingale, OM, RRC (/ˈflɒrəns ˈnaɪtɨŋɡeɪl/; 12 May 1820 – 13 August 1910) was a celebrated English social reformer and statistician, and the founder of modern nursing. She came to prominence while serving as a nurse during the Crimean War, where she tended to wounded soldiers. She was known as “The Lady with the Lamp” after her habit of making rounds at night.

Early 21st century commentators have asserted Nightingale’s achievements in the Crimean War had been exaggerated by the media at the time, to satisfy the public’s need for a hero, but her later achievements remain widely accepted. In 1860, Nightingale laid the foundation of professional nursing with the establishment of her nursing school at St Thomas’ Hospital in London. It was the first secular nursing school in the world, now part of King’s College London. The Nightingale Pledge taken by new nurses was named in her honour, and the annual International Nurses Day is celebrated around the world on her birthday. Her social reforms include improving healthcare for all sections of British society, improving healthcare and advocating better hunger relief in India, helping to abolish laws regulating prostitution that were over-harsh to women, and expanding the acceptable forms of female participation in the workforce.

Nightingale was a prodigious and versatile writer. In her lifetime much of her published work was concerned with spreading medical knowledge. Some of her tracts were written in simple English so that they could easily be understood by those with poor literary skills. She also helped popularize the graphical presentation of statistical data. Much of her writing, including her extensive work on religion and mysticism, has only been published posthumously.